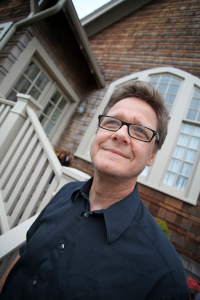 Pacific University professor Todd Schultz has been honored for his writing related to mental health issues.

A member of the College of Arts & Sciences Psychology faculty, Schultz received a prestigious Erikson Institute Prize for Excellence in Mental Health Media earlier this year. A leading writer and editor of psychobiography, Schultz has received critical acclaim for his biographies of photographer Diane Arbus, writer Truman Capote and musician Elliott Smith.

He, along with fellow honorees Alison Bechdel and Stephanie McCrummen, made presentations during a colloquy in their honor on June 27 at the Austen Riggs Center in Stockbridge, Mass.

"Todd Schultz is the model of the psychologist-scholar, who has not only written a handful of brilliant psychobiographies, but has helped spark a renaissance of the form itself," said essayist and author Joshua Wolf Shenk.

Schultz is also a general editor of an Oxford University Press series, "Inner Lives," the first and only book series devoted to the subject of psychobiography, in which authors use psychological theory and research to illuminate a subject's life and work. Inner Lives subjects have included President George W. Bush and John Lennon.

The purpose of the Erikson Institute Prize for Excellence in Mental Health Media is to award selected writers, journalists, documentary film producers and media experts who create sophisticated and accessible work on mental health.

"I was in a state of shock," Schultz said, when first learning he had been selected as a prize recipient. "More so after perusing the names of past recipients. It's an amazing honor, hard to put into words."