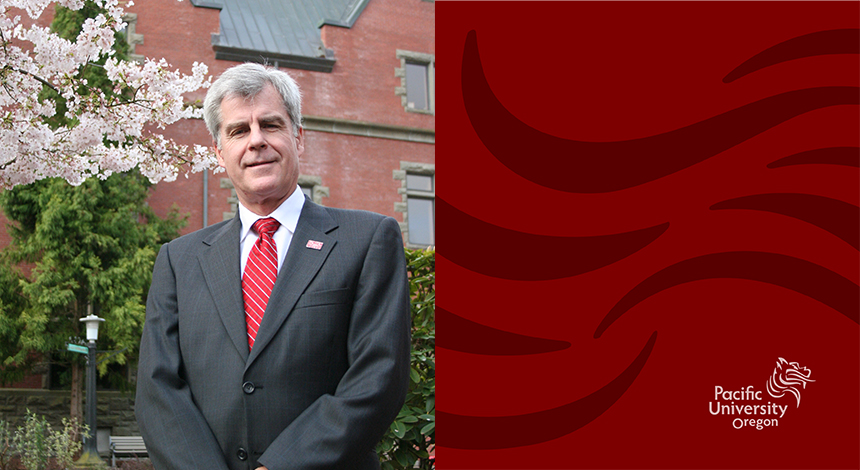 Pacific University Provost and Vice President for Academic Affairs John Miller has announced his plans to retire at the end of this academic year.

“The growth in Pacific’s programs during these past 13 years have been nothing short of transformational,” said President Lesley Hallick.

During his tenure, Miller has overseen:

He also oversaw the establishment of the Office of Scholarship and Sponsored Projects, which has contributed to the nearly quadrupled amount of externally sponsored research and scholarship at Pacific and the university’s role as the No. 1 private university for research for two consecutive years.

Prior to his time at Pacific, John earned his PhD in sociology from the University of Oregon, served as a professor, department head and dean at the University of Arkansas at Little Rock, dean of the College of Arts and Sciences at Southeastern Louisiana University, and provost at Eastern Oregon University.

“Please join me in thanking John for his tremendous contributions to Pacific University and its students,” Hallick said, “and in wishing him the best in his retirement."