Jade Wilcoxson PT ’04 is stuck in the Minneapolis airport, her one-hour flight to Chicago delayed by three hours.

It’s clear from her tone on the phone that this isn’t how Wilcoxson wants to spend her day, but when you travel as often as she does, occasional delays are inevitable.

In the past few years, Wilcoxson has been around the world, pursuing a somewhat unexpected career — and success — as a competitive cyclist.

“It’s a unique opportunity to see the world on a bike on somebody else’s dime,” Wilcoxson says.

But hers is a unique story: Going from physical therapist to pro cyclist and U.S. champion in the blink of an eye. 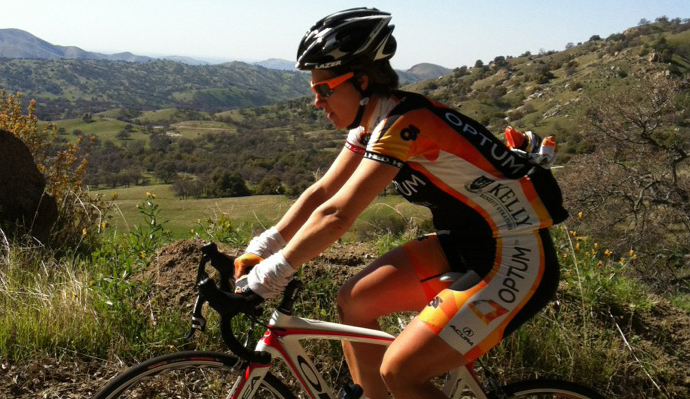