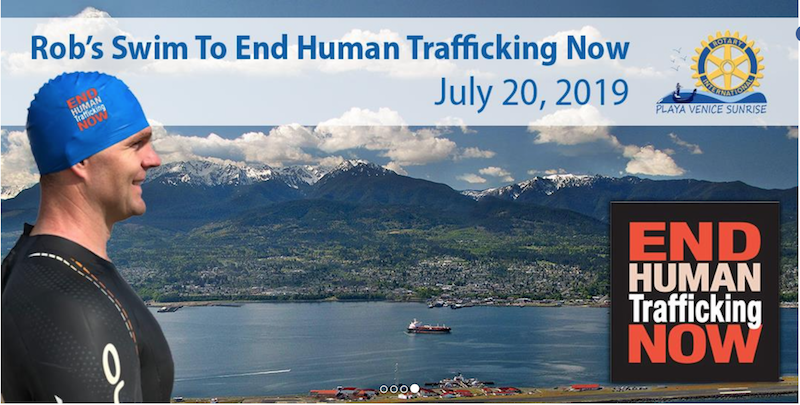 Robert DeCou '05 got within 670 feet of shore in his effort to swim across the Strait of Juan de Fuca in July. The 31-mile, 17-hour swim still succeeded in raising more than $10,000 for fight human trafficking.

"It was an amazing day," he said by email, "and I had such a positive crew and weather window."

DeCou, who lives in Los Angeles, has engaged in other ultra-athletic efforts, including a 135-mile run to Mount Whitney two years ago to raise money to combat polio.

He is executive producer at Lux Virtual, a 3D animation studio in Los Angeles.