By
By Jenni Luckett 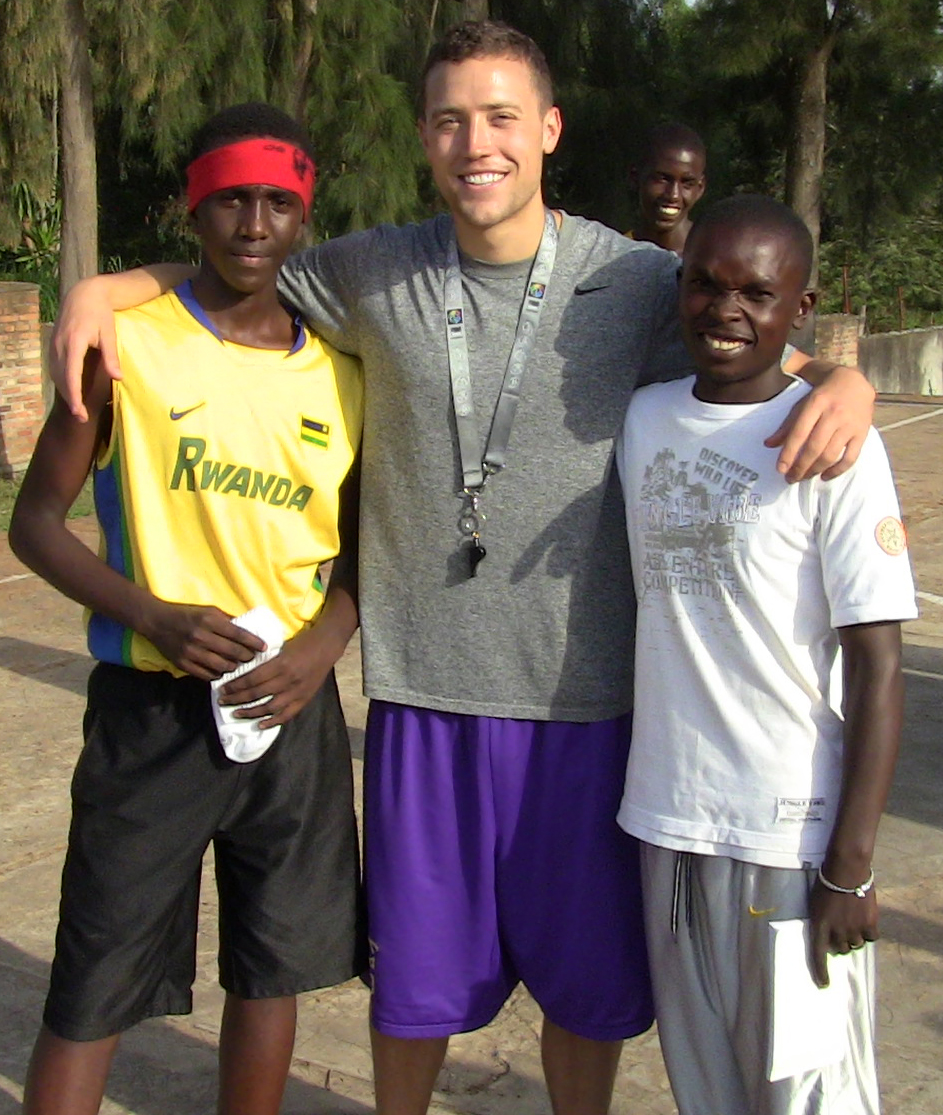 If mathematics is the universal language, sports is at least the global language.

Ryan Turcott ’08 has used basketball as his passport around the world, crossing political, language and cultural borders through a love of the sport he’s been playing all his life.

He has spent the last year coaching basketball camps in Turkey, New Zealand, Australia, Rwanda and Burundi. Next, he’s headed to a doctorate program in Georgia, where he plans to work with the U.S. State Department to continue providing youth activities for children around the globe.

Turcott grew up in Helena, Mont., where his father was the longtime head coach for the Carroll College basketball team and five-time conference coach of the year. He said basketball was ubiquitous throughout his life.

“I had a basketball in my crib growing up,” he said.

He and his brother were both inspired by their father’s example: his passion for the sport, his inspiration and connection with the players, and the lifelong skills that he fostered in young people beyond their athletic careers.

“Seeing my dad go through the daily tasks of being a college basketball coach…the relationships he had with the players, the impact he had, it was amazing,” Turcott said.

“It was contagious,” he said. “My brother and I saw that and we wanted that as well. We wanted to be coaches who had a strong impact on people.”

His brother coaches college basketball in Washington state, but Turcott said he took a different route.

“I want to do international, to use basketball in a different demeanor than how my brother and father have used it,” he said.

Turcott earned his undergraduate degree — a bachelor’s in business administration with a minor in political science — from Pacific University, where he was a three-year starter on the basketball team.

As a sophomore, he led the Northwest Conference in free throw percentage, and he led the Boxers in steals and assists during the 2006-07 and 2007-08 seasons.

He also made connections that helped inspire him to dream big, he said.

“It was such a great place to come to and grow as a person,” he said. “I had a really good relationship with (Political Science Professor) Jules Boykoff. He had a really strong impact on me and inspired me ... really made me feel like I could do anything I wanted. From that point on, I knew what I wanted to do with using sports and basketball as a tool to reach other parts of the world.”

After his time at Pacific, Turcott earned a master’s degree in education at the University of La Verne, where he also served as an assistant coach on the men’s basketball team, recruiting players from Hawaii. On one trip to Maui, he met a basketball coach who did work in Turkey.

In 2010, he joined the coach at a Children of the World basketball camp in Turkey, sponsored by the Federation of International Basketball. The experience in Turkey put him in touch with coaches from all over the world.

He soon began contacting his new friends in basketball internationally and set up camps for children all over the world. He has been to New Zealand and Australia, Turkey and Romania.

“I think it’s just a great tool to get into different cultures and to meet different people,” he said. “I’m not necessarily working with the most elite players, but I’m able to help kids who are struggling with social issues, health issues and to use sports as a tool to address the things they are struggling with.”

This spring, he was scheduled to spend four weeks in east Africa, working with children in Rwanda and Burundi, many of whom live with both extreme poverty and the fallout of years of genocide. He connected so much with the culture there, though, he stayed for four months, instead.

“Rwanda and Burundi stick out the most, being able to have so much of an impact there,” he said. “In Rwanda, some have lost their entire family in the genocide. They need sports to help them cope. It’s more of a tool to help kids and help coaches kind of develop new life skills and learn new things through sports.”

Turcott is now back home in Montana, helping his dad with some youth basketball camps and catching up with family and friends after almost a year abroad. Soon, though, he hopes to head to the University of Georgia, where he has applied to a youth, leisure and recreation Ph.D. program. He hopes to work in conjunction with that university on grants administered by Sports United, a new program under the U.S. State Department that provides grants to universities and nonprofit organizations who provide sport and youth programs internationally.

He already met with representatives from Sports United and said the opportunity has only further encouraged his dreams. He hopes to continue developing basketball camps for youth around the world and also to bring coaches form other countries back to the United States for development opportunities.

“That’s going to be really powerful and really impactful,” he said.