I sat down with theatre major Jenna Cady '19 to discuss their upcoming capstone performance of Savage/Love by Sam Shepard and Joseph Chaikin that will be in Giving Voice: A Senior Showcase. Giving Voice will run February 7 through 9 at 7:30 p.m. and February 10 at 2 p.m. Tongues and Savage/Love by Sam Shepard and Joseph Chaikin will be performed February 7 and 9. Tickets are available at the Pacific University Theatre Tickets Marketplace. 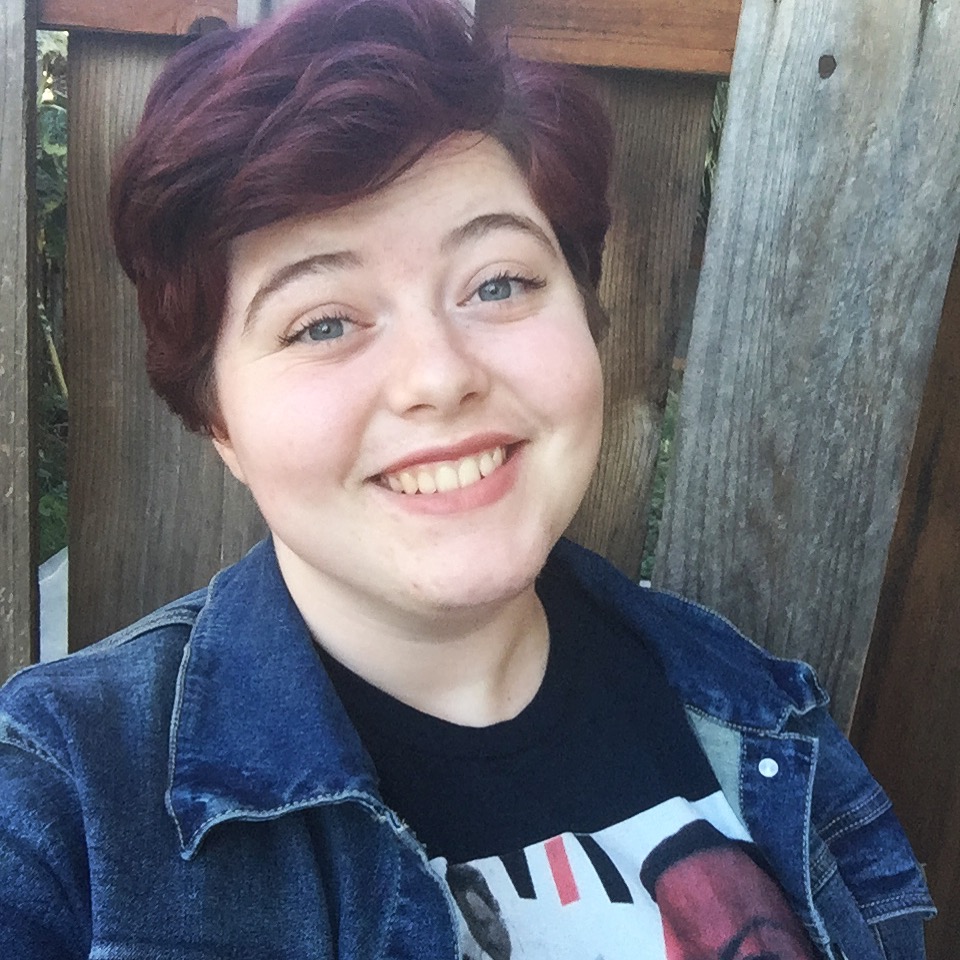 What is the title of your project and what is it?

Savage/Love by Sam Shepard and Joseph Chaikin. I am performing it as a solo show.

What made you choose this piece?

Basically my entire four years at Pacific, I’ve been coming to Ellen asking “Can I do this ‘random thing’ for my capstone? Or this ‘random thing’? Or this grand idea?” and Ellen has always said “No, here’s a play. Go read it and consider your choices.” And one of those was a book of Sam Shepard plays, and one of the dog-eared pages was Tongues and Savage/Love. And I read them and I was in love with them. When all of the seniors were trying to figure out what we were going to do, we thought we might do one show together, and I suggested Tongues and Savage/Love. Because those two plays don’t necessarily have to be done by one or two people. As people found what they were passionate about and what they wanted to do, I kept coming back to them (Tongues and Savage/Love) because I love the text of it.

Why did you choose to pursue this as your capstone project?

Most of what I wanted to do for a long time was writing a play. And then it became I wanted to do a design capstone. Then I sort of cycled through every other thing and me doing Savage/Love started out as mainly all my ideas were tech and then I just happened to also be performing it. I was going to tech everything for Tongues as well. But then it became just me and my performance, which wasn’t what I expected.

The point of Tongues and Savage/Love is that for the most part there aren’t characters, you can’t hide behind characters. It’s about how the performer reacts to the text and expresses through the text. Especially Savage/Love, because in Savage/Love there are no stage directions (at least the version of the script I’m using). It’s all verse; it’s all these abstract poems. It can be performed in any way, with however many people with whatever interpretation. And all those decisions come form me. It’s how I interpret it and the emotions that I express while saying it and it’s all from Jenna. It’s not through any real filter. It’s very unfiltered.

The way I’m doing it is that the performer and the tech elements interact a lot. I’m physically moving a projector around the space. The lights change with my voice.

What has been the most rewarding aspect of this?

There was a rehearsal at the end of last week where we had Ellen there (Ellen isn’t there every rehearsal) and every note she gave, I was taking it. I was having a really hard time because I wanted that outside [perspective], as an actor that “tell me what to do” but also as the devisor of this piece I wanted to create it. It was a mess and we stopped. Ellen sat me down and told me “the ideas you have in your head are incredibly valuable,” she told me that I don’t need to hide behind a character, and that I could trust myself. And that if I knew what I wanted to do, then I should just do it. That’s how I’ve been approaching it in rehearsal since, is that if I know what I want to happen, then I just have to do it and not go through a kind of checks and balances.

It’s an exercise in finding your own power.

Yes. There’s all of that, and I would say that is the most challenging part. But besides that, just the universal student experience of “I have too much going on.” Part of being the only person is that if I slack off, I’m only hurting myself. Whereas with other projects, if I slack off, I’m hurting other people. So sometimes it’s taken a back burner. So learning to keep myself responsible and keep that accountability, that’s hard. Just making it. Theatre is hard.

What do you hope to get out of this project?

The scheming part of me thought “I’ll have an entire show memorized and designed” that I can take with me.  In the earlier iterations of writing my proposal for this I wanted my capstone to be a paper I wrote about the difference between just being a performer in something, and being the entire creator of something (besides the playwright, stage manager, etc).

Because I am anticipating having to do a lot of my own work and creating a lot of my own opportunities, and sometimes that means wearing every single hat. I need to know how to do it just me. That’s what I set out to learn in this process.

What do you hope audiences will take away from seeing your piece?

A little bit of what I hope people take away from it is that they’ve seen someone on stage that they don’t usually see on stage. In all of the times that I’ve seen theatre, the people who look like me are like comedic characters or side characters. It’s just going to be me on stage for half an hour as the protagonist and the only character. And I want people to see me on stage and see me as someone who is worth being a protagonist and maybe change their perspective a little bit. That it’s possible for someone like me to be a protagonist.

That actual show…it’s out there, and I want people to be able to hear a narrative and see a story in it. I hope I can create a story out of it. Not that there isn’t necessarily a story in the text, but the text can be so heightened that if you just perform it as is, it can be hard to find it. I hope I can find that story.