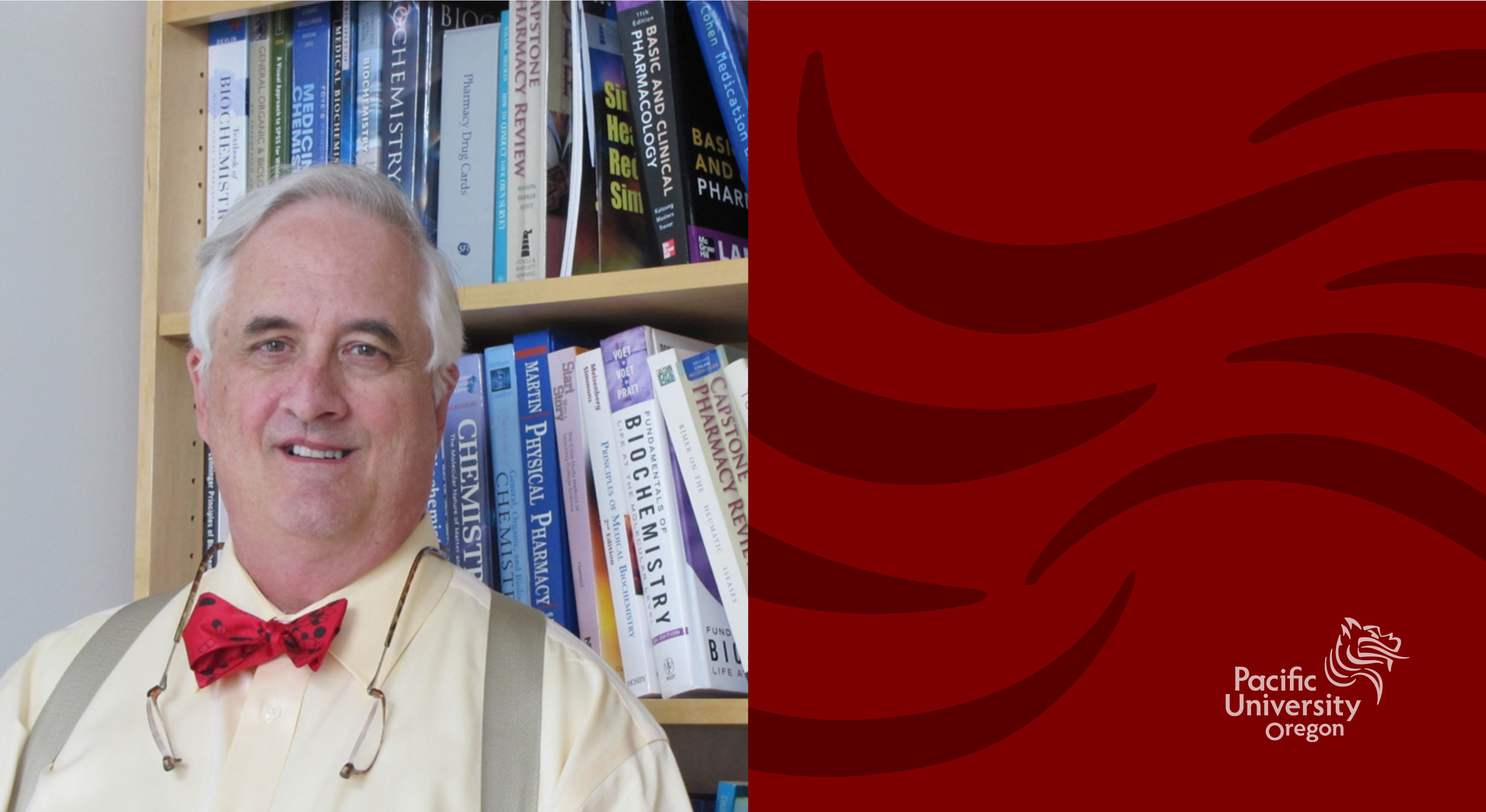 The School of Pharmacy will honor faculty member Steve Arendt, who will retire on June 30, 2020, after five years at Pacific University. Arendt will continue his connection with the School of Pharmacy and would be honored to support the school and share his knowledge with our students in social administrative sciences. In lieu of a retirement celebration in the midst of a pandemic, please send your regards to Steve directly at steven.j.arendt@pacificu.edu.

Steve Arendt grew up in Omaha, Neb. His first job was a busboy at Tomahawk restaurant at 15 years old. He attended Harry A. Burke High School, then Hastings College in Hastings, Neb., where he met wife, Diane. He then went on to Creighton University, where he graduated with a bachelor’s degree in pharmacy in 1979.

After school, Arendt served as a community pharmacist in Newport, Ore. His first management position was in 1980 as director of pharmacy at Pacific Communities Hospital in Newport. Arendt held the job title of director of pharmacy in all subsequent organizations he has worked for since then across five different states until joining Pacific University in 2015. During this time, in addition to holding director of pharmacy positions, he held a variety of additional healthcare leadership and management positions, including chief quality and patient safety officer at Sunnyside Medical Center and Kaiser Permanente NW outpatient surgery centers in Oregon and Washington.

After serving the Pacific University School of Pharmacy as an adjunct faculty member for two years, Arendt was hired by Dean Reza Karimi as full-time faculty in 2015 and was selected to serve on the Student Progression and Alumni and Marketing committees for the school. Over the next five years, Arendt would serve as an assistant professor.

At the School of Pharmacy, Arendt published two books, which have been downloaded around the globe. One of books, Pharmacy Management & Leadership Learning Through Case Studies, was published in collaboration with fellow Pacific faculty members Michael Millard and Maddie Fry to assist pharmacists in being more effective in managing human resources or professional challenges.

“Steve brings an enthusiasm and innovation to his teaching, concentrating on practical and real-world learning for students based on his lengthy experience in varied pharmacy practice,” Millard said.

“Even though I consider myself a life-long pharmacist, I am most proud to have served my community and our profession as a teacher,” Arendt said. “Thank you, Pacific University School of Pharmacy, for allowing me to realize this accomplishment.”

After retirement, Arendt plans to spend quality time with his best friend, his wife, Diane.