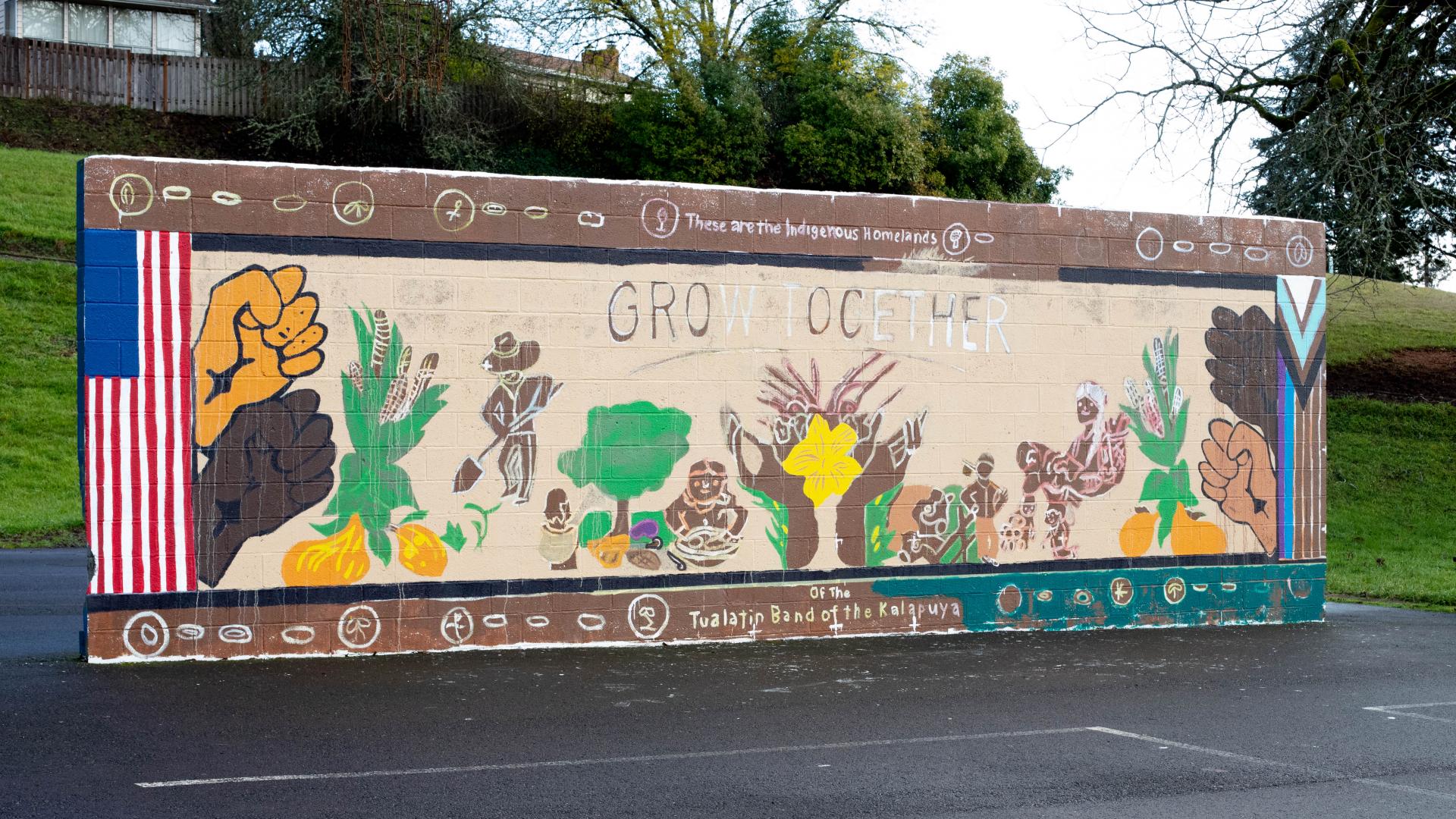 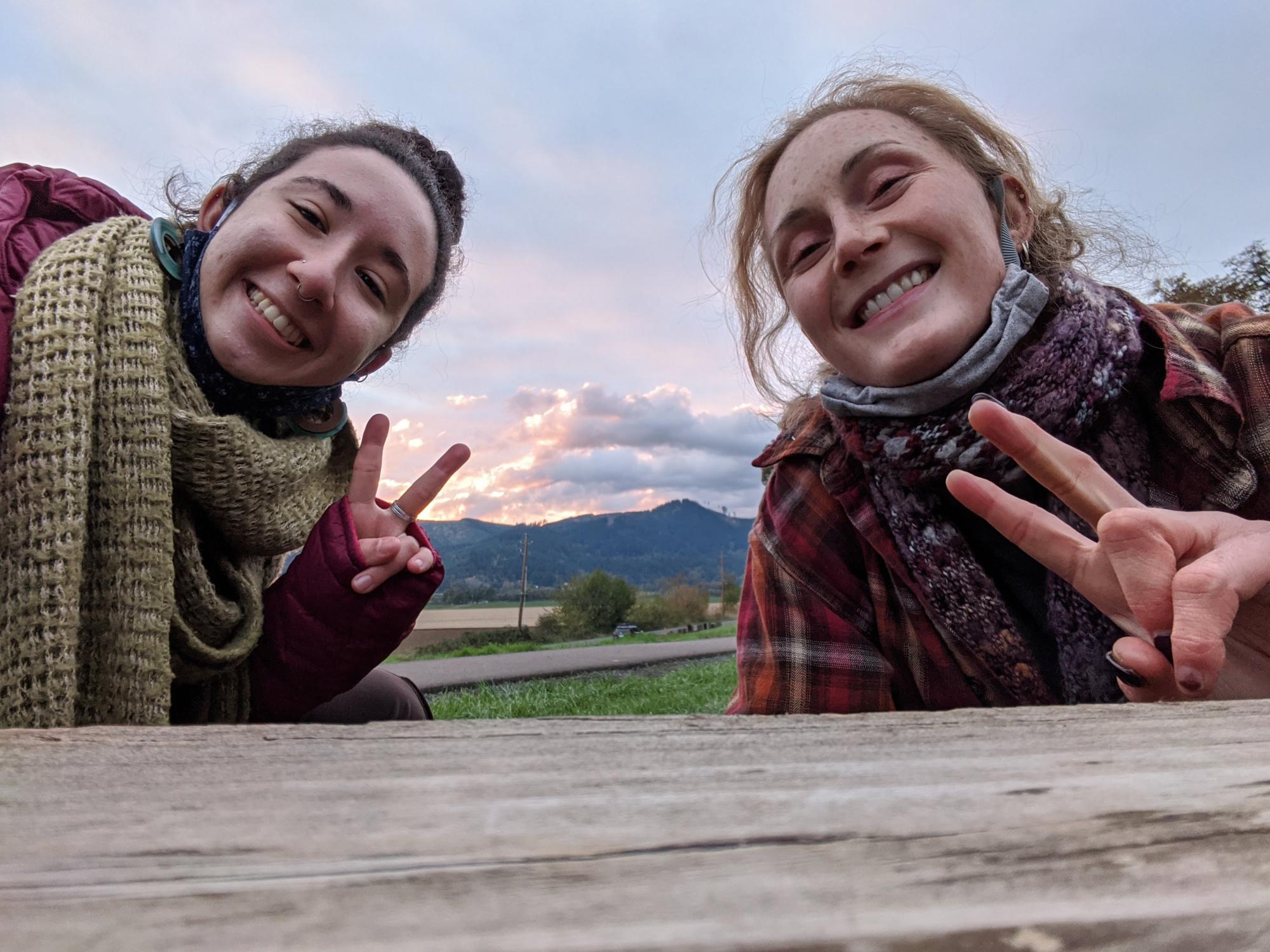 The park housed a fading mural of an American flag, which inspired the students to start discussing what it feels like to be an American citizen during this time of political unrest, especially with the threat of the pandemic looming in the background. The flag, they agreed, does not represent the same thing for every American citizen and has become a somewhat divisive symbol in communities.

Buck and Khatcherian brought a proposal for a new mural to the city council and parks manager in June. Now, after a long and arduous proposal process, their idea has been realized as the result of hard work and cooperation between the city of Forest Grove, Pacific students and volunteering community members.

“There are a lot of voices that have been suppressed by the dissent in the United States,” Buck said. “This is a time for us to use this clean slate to create harmony.”

Buck and Khatcherian are both sustainability students and referenced their experience for this project. They said having hard conversations is the root of enacting the positive harmonic change we need to see in the area.

The new mural design was created by Portland Black artist Jamaali Roberts. Buck and Khatcherian said they knew they wanted to express themes of social justice in support of the BIPOC community, especially in Forest Grove due to its diversity. Including voices from people of color shows that conversations are starting and, while they may not be comfortable, they are necessary. They wanted to focus on big picture ideas such as diversity, celebrating that diversity, and the multicultural space that is both our country and Forest Grove.

The mural is displayed at the basketball courts at Forest Glen Park on Gales Creek Road, just a short drive from Pacific’s campus.