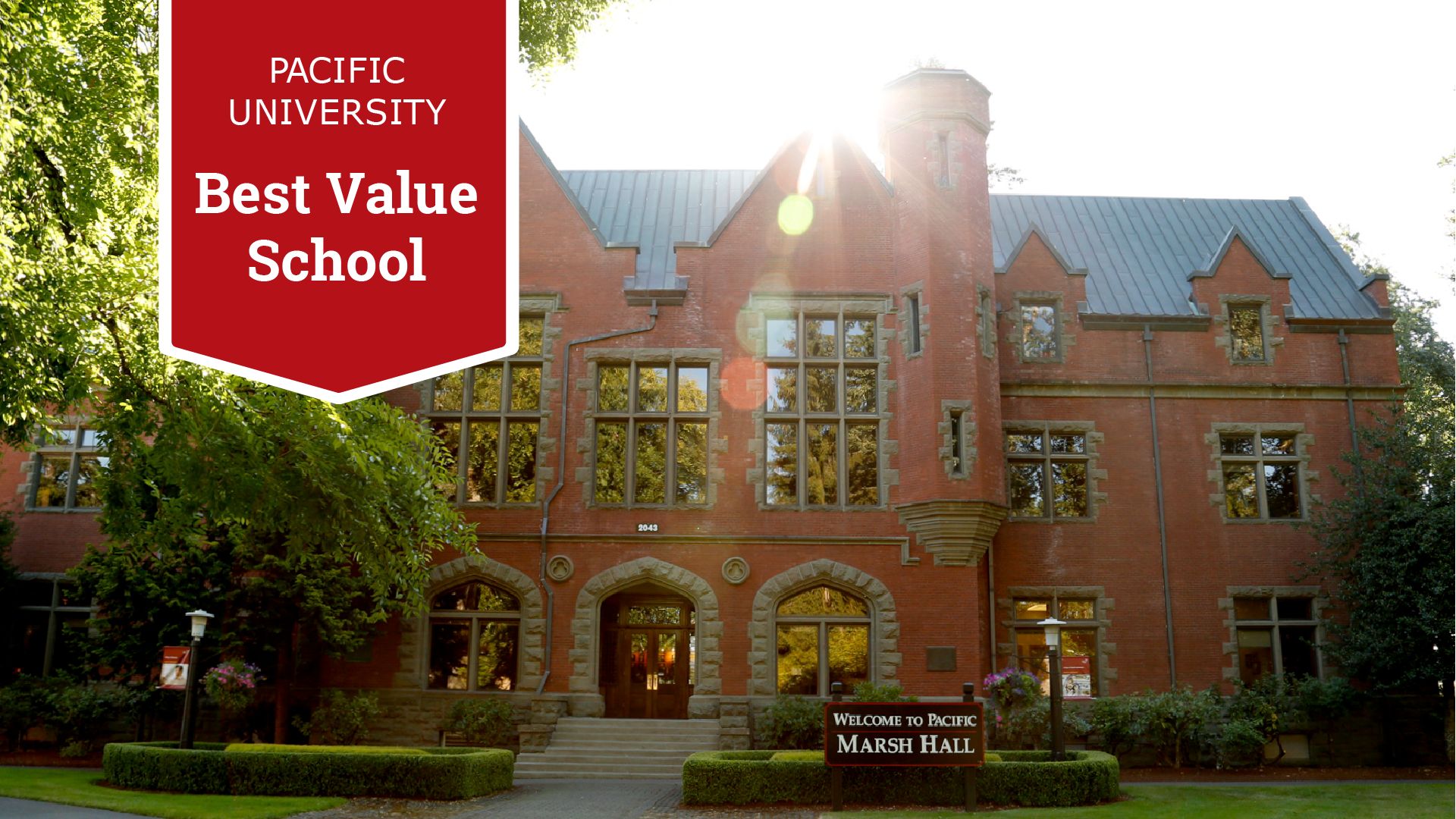 Pacific University is among the top value schools in Oregon and across the country, according to U.S. News & World Report.

Though relatively small, Pacific University falls into the “national universities” category in college rankings and classifications, alongside nearly 450 public and private colleges and universities like big state schools and the Ivy League. That’s because Pacific pairs its residential, undergraduate liberal arts and sciences programs with a robust set of master’s and doctoral programs in the arts and sciences, business, education, and healthcare fields.

In the 2022 U.S. News rankings, Pacific topped the list of Oregon national universities listed among Best Value Schools (No. 134 nationwide) and was the only Oregon private college on the list of Best Colleges for Veterans (No. 132 nationwide).

Pacific also was the highest ranked private school in Oregon on the overall list of Best National Universities (No. 194 nationwide), coming in among the top half of all universities in the U.S., and ranked No. 186 nationwide for Top Performers for Social Mobility.