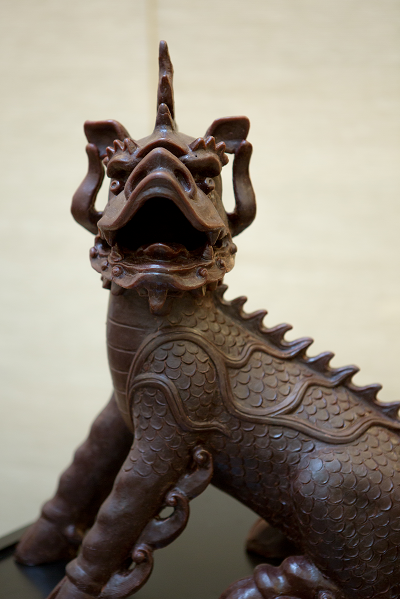 The resurrection of an icon representing one of the most storied mascots in all of higher education highlights the 2018 Homecoming festivities at Pacific University.

Alumni, students, employees and friends will receive a new jolt of Boxer Spirit on Friday, Oct. 19, with the unveiling Boxer III, the second replacement to an original bronze statue depicting the university's famed mascot that has been missing for nearly 50 years.

Boxer III will be introduced and dedicated at 3 p.m. on the University Center patio on the Forest Grove Campus to the delight of generations of Pacific alumni, particularly those of the class of 1968, which spearheaded the effort to replace the missing icon.

“Because it was our 50th reunion year, and (the original) Boxer has been gone from campus for nearly that long, we resolved to bring it back,” said Bruce Bishop '68, who led the campaign for Boxer III's creation.

Boxer has represented Pacific's spirit, pride and honor for over a century, ever since the Chinese incense burner statue was gifted to the university in 1896 by the family of Rev. J.E. Walker, a missionary who purchased the statue while in China as a gift for his mother.

Although sometimes mistaken for a dog or a lion, Boxer is a qilin (pronounced chi-lin), a mythical Chinese creature combining several animals that features a lion-like stance, a unicorn-like horn, and deer or ox hooves from the Qing Dynasty (1644-1911).

During the period, qilins were thought to be good omens, and bring wisdom and prosperity to whomever they watch over. The timing of the Walkers' gift to Pacific coincided with the Boxer Rebellion in China, a resistance to foreign influence from Westerners and Christians near the end of the Qing Dynasty. In support of uprising, Pacific's student newspaper The Index, began referring to the qilin as "Boxer" in 1909.

In the early 1900s, Boxer was stolen by a student from its home in Pacific’s chapel, launching a decades-long tradition of “Boxer Flashes” and “Boxer Tosses,” where different student groups and fraternities would take possession of Boxer for a period of time.

In 1969, shortly after the university's adoption of Boxer as the official school mascot, the original statue went missing. In the decades since, rumors have circulated as to where the statue is, and small pieces have been recovered, but no one has seen the full statue in almost five decades. In the 1980s, several Pacific students raised funds for a new Boxer statue, but Boxer II also disappeared after a few flashes.

The new Boxer statue was created by the same sculptor who created Boxer II, but Boxer III will be much more accurate to the original design, thanks to detailed photos and pieces of the original statue that were not available for the creation of Boxer II back in the 1980s.

More information about Boxer's history and legacy at Pacific can be found at pacificu.edu/boxer