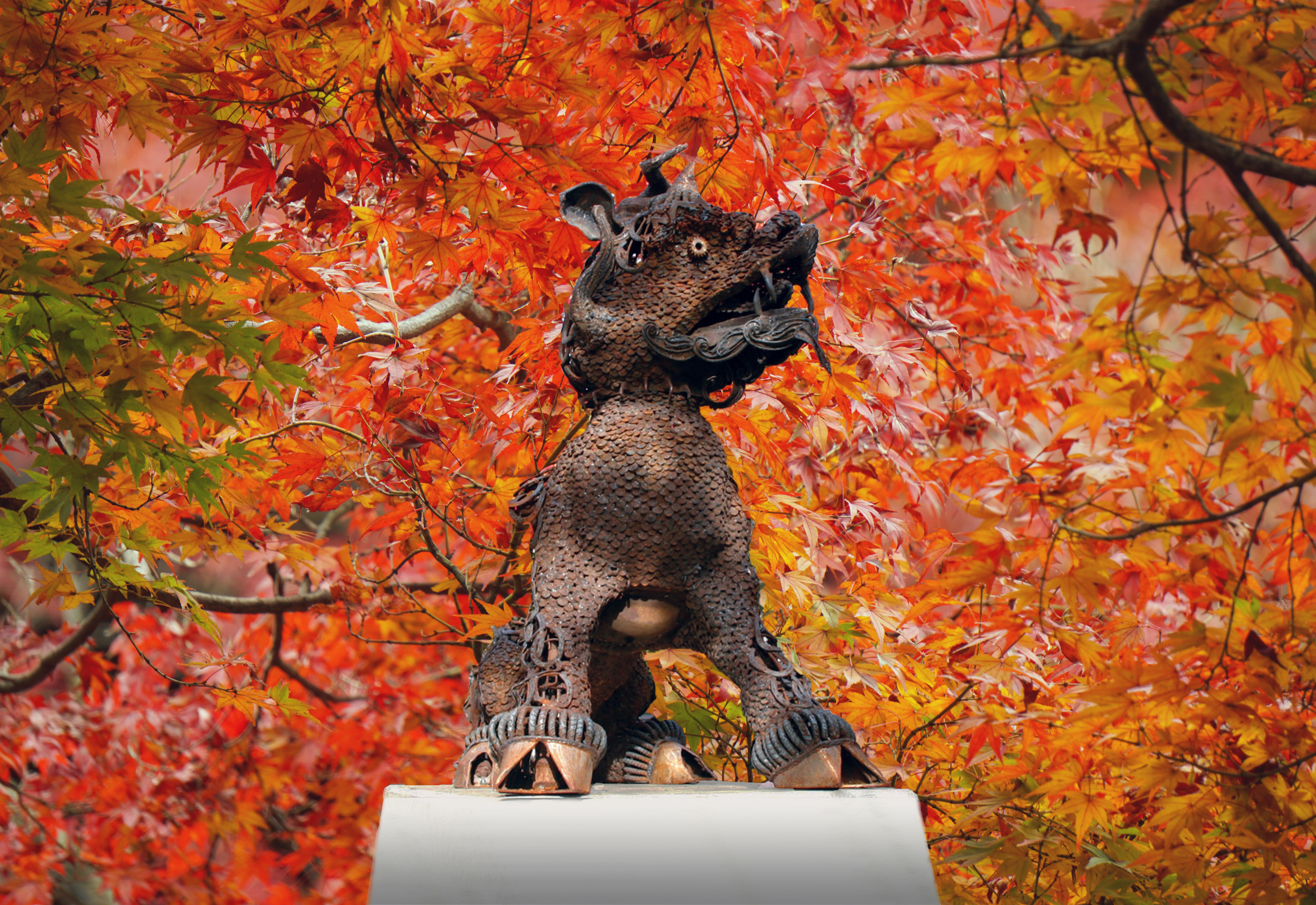 He’s not a pugilist.

He’s not a breed of dog, at least not in a traditional sense.

So just what is Pacific’s mascot, Boxer?

Boxer Fever gets a little contagious in Forest Grove in the fall. The sports season is underway, with football back on the gridiron to defend its conference co-champion title. Spirit days turn campus red and black each Friday. And Homecoming and Family Weekend are both right around the corner with festivities for everyone.

But maybe you need a little crash course in Boxer lore.

Boxer is a qilin, a mythical Chinese creature, sometimes considered a dragon-dog, represented in statue form. The statue was picked up by Rev. J.E. Walker, who was serving as a missionary in China in the late 1800s, and his mother later donated it to the university. Originally named “College Spirit,” the statue stood in the chapel for several years before a student group got the idea to swipe it and claim it as the mascot of their class.

That act, in 1899, created a tradition of student groups stealing the statue from each other. They’d announce that it was going to appear, stage an elaborate display (it’s appeared from the back of a trunk, from a helicopter, and in lots of other creative ways), then students — mostly male, mostly members of Greek organizations on campus — would, good-naturedly, fight for possession.

The student newspaper, The Index, dubbed the statue “Boxer” in 1908, and the “Boxer flashes” and “Boxer tosses” continued until the late 1960s.

In 1969, the Boxer statue disappeared, apparently for good, though pieces of it have returned over the years. The tail, a hoof and an ear are on display in the Library on the Forest Grove Campus.

Meanwhile, in the 1980s, Boxer II was recast. A few flashes took place with the new statue, but it too has since gone missing.

Though today’s students haven’t seen Boxer in its traditional form, the name and spirit of the mascot remain. There’s a large sculpture of the dragon-dog stands in the residential area of campus, and the camaraderie, inclusiveness and camaraderie it represents lives on.