Pacific's Bee Tree Books Publishes Collection of Historic Writings
A historic story gives its name to Pacific's new Bee Tree Books publishing service. So it is only fitting that the first publication is a book of historic essays from the university's earliest days.
read full story 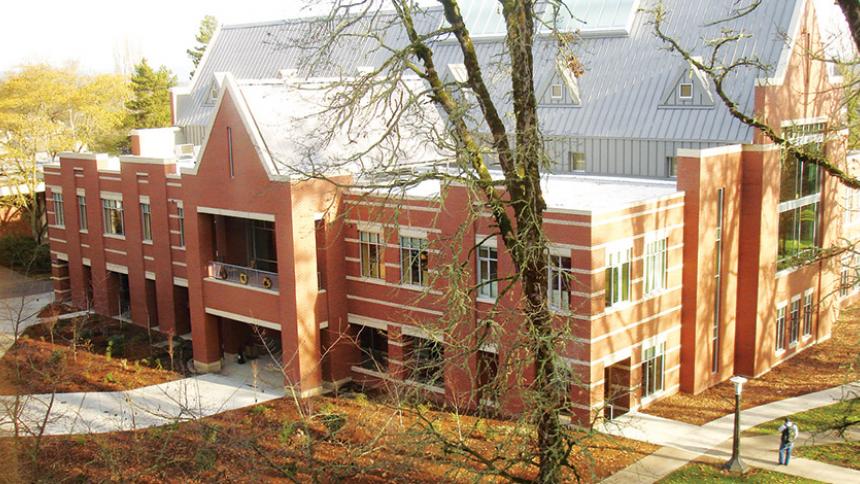 Im(press)ive Growth
As it celebrates its 10-year anniversary this fall, the Library is still counted among the “new” buildings on Pacific University’s Forest Grove Campus. A decade, after all, is nothing compared to the original campus library, Carnegie Hall, which marked its centennial in 2012, or the recently renovated Scott Hall, which was the library from 1967 to 2010.
read full story 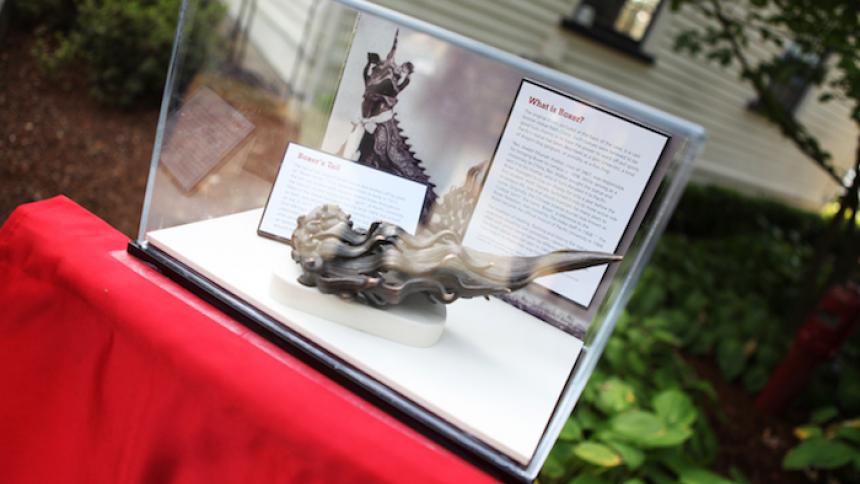 Boxer Now in the Library
The pieces we have of Boxer — a foot, ear and the tail — have been reunited to create a permanent display. The Boxer display is located in the lobby of the Forest Grove Campus Library.
read full story 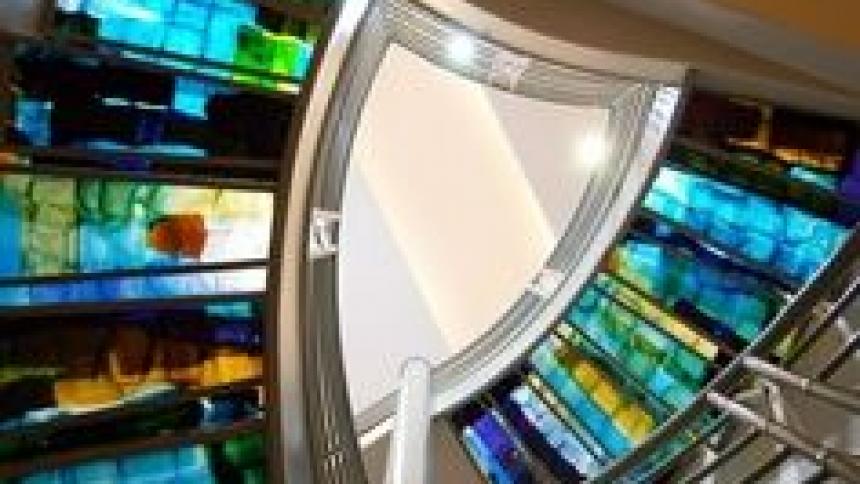 Walking on [Solid] Glass
Walter Gordinier ’73 creates structural art out of glass in his Portland studio. Among his creations are the glass panels on the second floor of the Pacific University Library.
read full story