All event attendees are expected to follow current COVID-19 protocols listed at pacificu.edu/covid. Mask use is currently recommended for crowded indoor events. 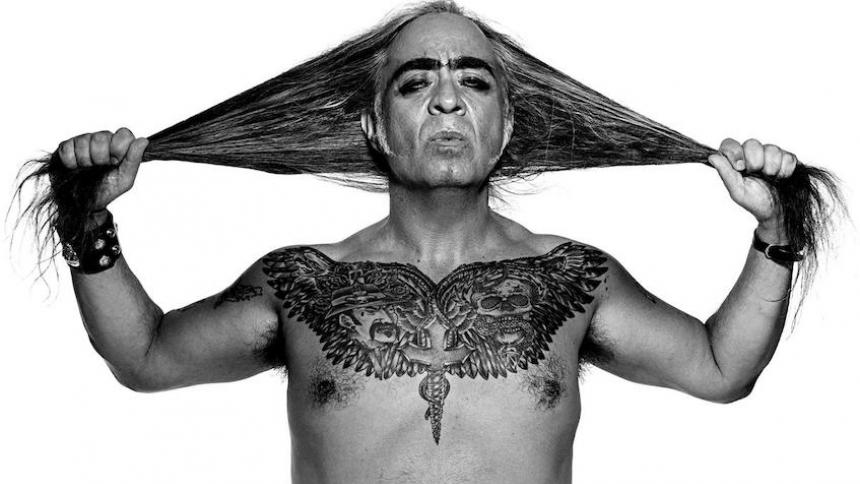 In “The Pandemia Chronicles,”  Gómez-Peña presents his most recent performance texts from the past two years combined with classic work from his living archives. Utilizing a casino roulette spinner to select his live spoken word texts and props, he is unplugged, thinking out loud and articulating the challenges and possibilities of reinvention during confinement and in the midst of multiple pandemics.

Join the lecture Wednesday, March 16, 2022. Doors open at 6:30 p.m. and the lecture starts at 7 p.m. in the Taylor-Meade Performing Arts Center, McCready Auditorium.

Guillermo Gómez-Peña is a performance artist, writer, activist, radical pedagogue and artistic director of the performance troupe La Pocha Nostra. Born in Mexico City, he moved to the U.S. in 1978, and since 1995 his two homes have been San Francisco and Mexico City. His performance work and 21 books have contributed to the debates on cultural, generational, and gender diversity, border culture and North-South relations.

Pacific University's Benjamin and Elaine Whiteley Distinguished Lecture is an annual offering of the College of Arts & Sciences funded through an Oregon Community Foundation grant. A longtime Portland business, civic and philanthropic leader, Benjamin Whiteley Hon. '01 was a Pacific University Trustee Emeritus until his death in 2017.