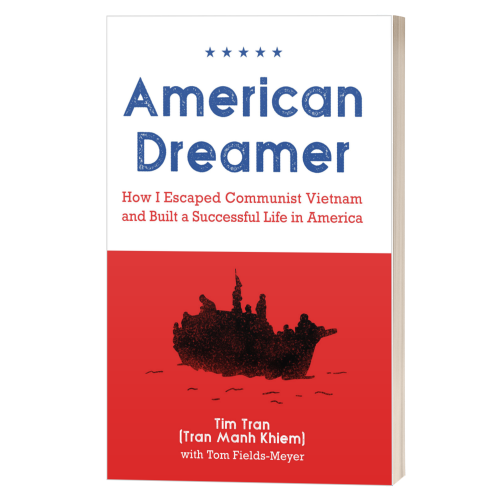 In 1970, Tim and Thuy “Cathy” Trinh said goodbye to their families in war-torn South Vietnam and headed to America for a college education. Named the top candidates in their country for an international scholarship, the two young adults ended up at Pacific University feeling as if they had won the lottery.

“Being able to get an education in the United States, or another Western country, was the ultimate dream of a young [South Vietnamese] person,” recalled Tim.

Neither could have imagined that five years later they would be back in Vietnam, trying desperately to escape the Communist takeover, nor that they would return to their friends at Pacific with little more than the clothes on their backs.

In his memoir, published in June 2020, Tim highlights the hope America represented for him throughout his life, from gaining an education to ultimately achieving democratic freedom. His continued determination, optimism, and strength of character demonstrate what it really means to be American, and American Dreamer is the product of his hard-earned wisdom. It’s also a riveting and timely memoir that provides a compassionate lens through which to view the current refugee crisis.