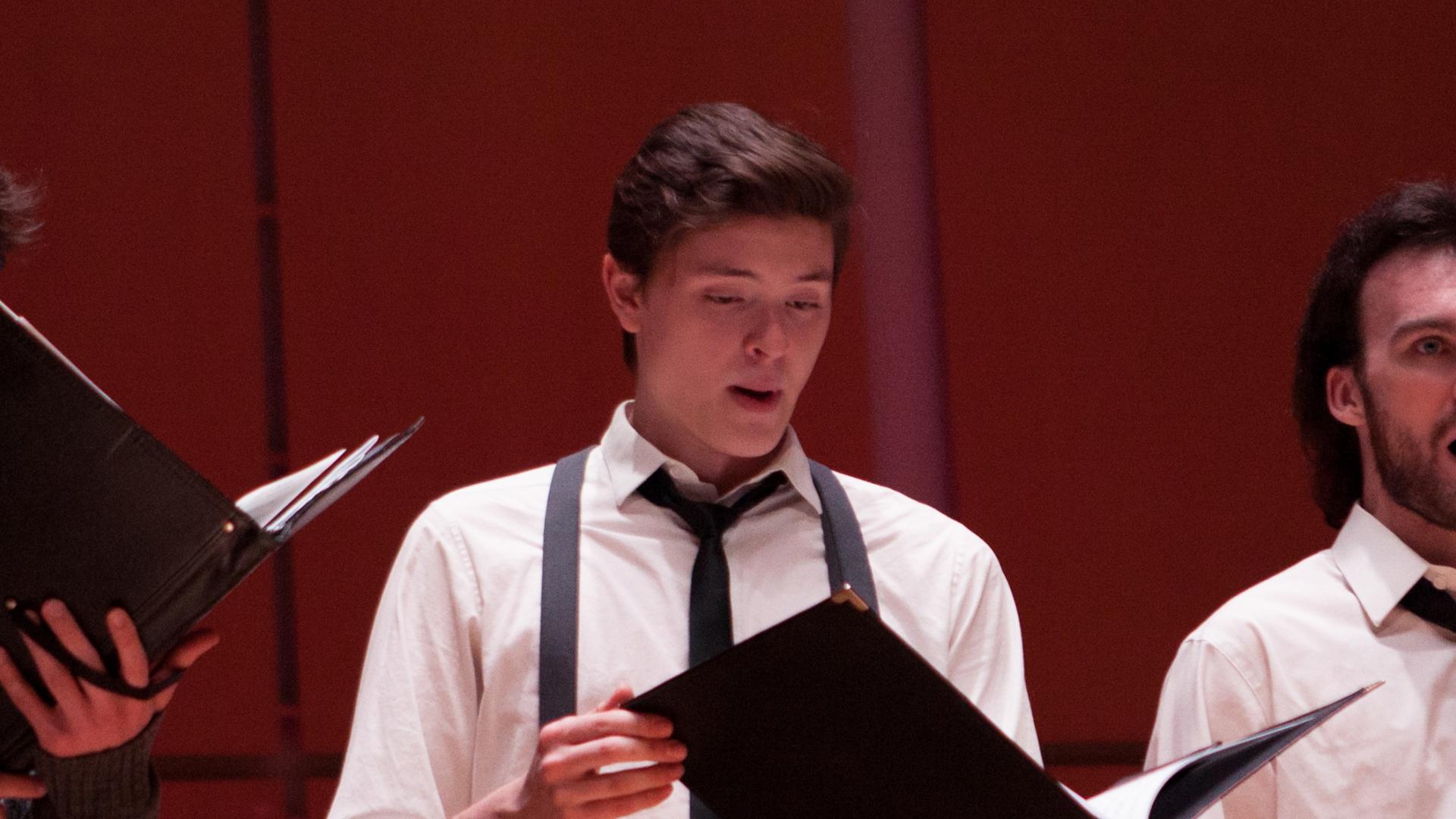 As part of the effort to slow the spread of COVID-19 and encourage social distancing, the Music Department has canceled a number of performances.

Tickets are $10 for general admission, $8 for seniors and students, and free for Pacific University students and employees.

The performance by the Chamber Singers will feature lovely Chansons des Roses of Morten Lauridsen. These pieces were originally commissioned by the choral group, Choral Cross-Ties (a Portland-based, professional choir of which Scott and Leslie Tuomi were both members) in 1994. Morton Lauridsen taught the faculty at the University of Southern California, where Scott Tuomi studied music theory with him. Lauridsen went on to become a choral composer of great importance after the composition of these works!  Lauridsen is from Portland and attended Sunset High School, so he had (and still does have) a rich connection to the Pacific Northwest! The pieces were first recorded by Choral Cross-Ties in McCready Hall in the newly opened Taylor-Meade Performing Arts Center in the spring of 1994. As a result, Lauridsen’s music became known around the world. He is widely considered the greatest choral composer of the late twentieth and early twenty-first centuries. He went on to win the National Congressional Medal of Honor in the Arts. The chamber singers are proud to perform these beautiful pieces on this concert!
Other works from the chamber singers that evening will include:

The newly formed Free Radicals will feature a diverse program that is sure to be a hit! Repertoire will include:

As well as other special secret arrangements not to be missed!

Learn more about the Music Department.