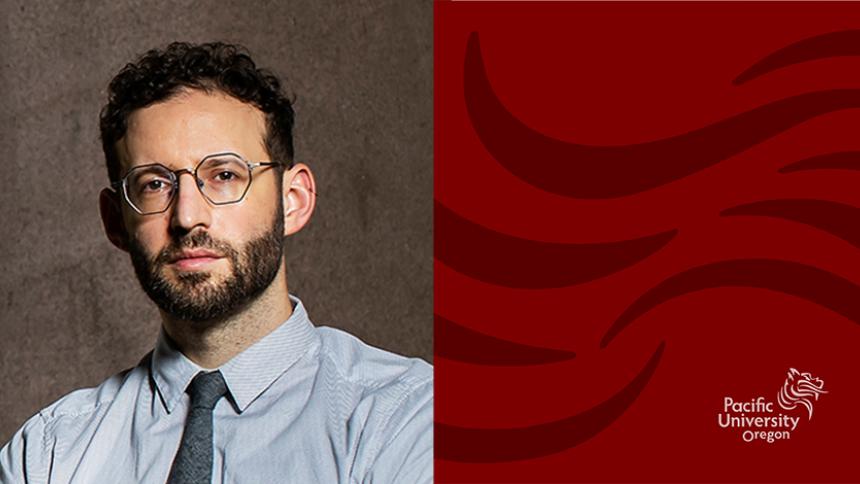 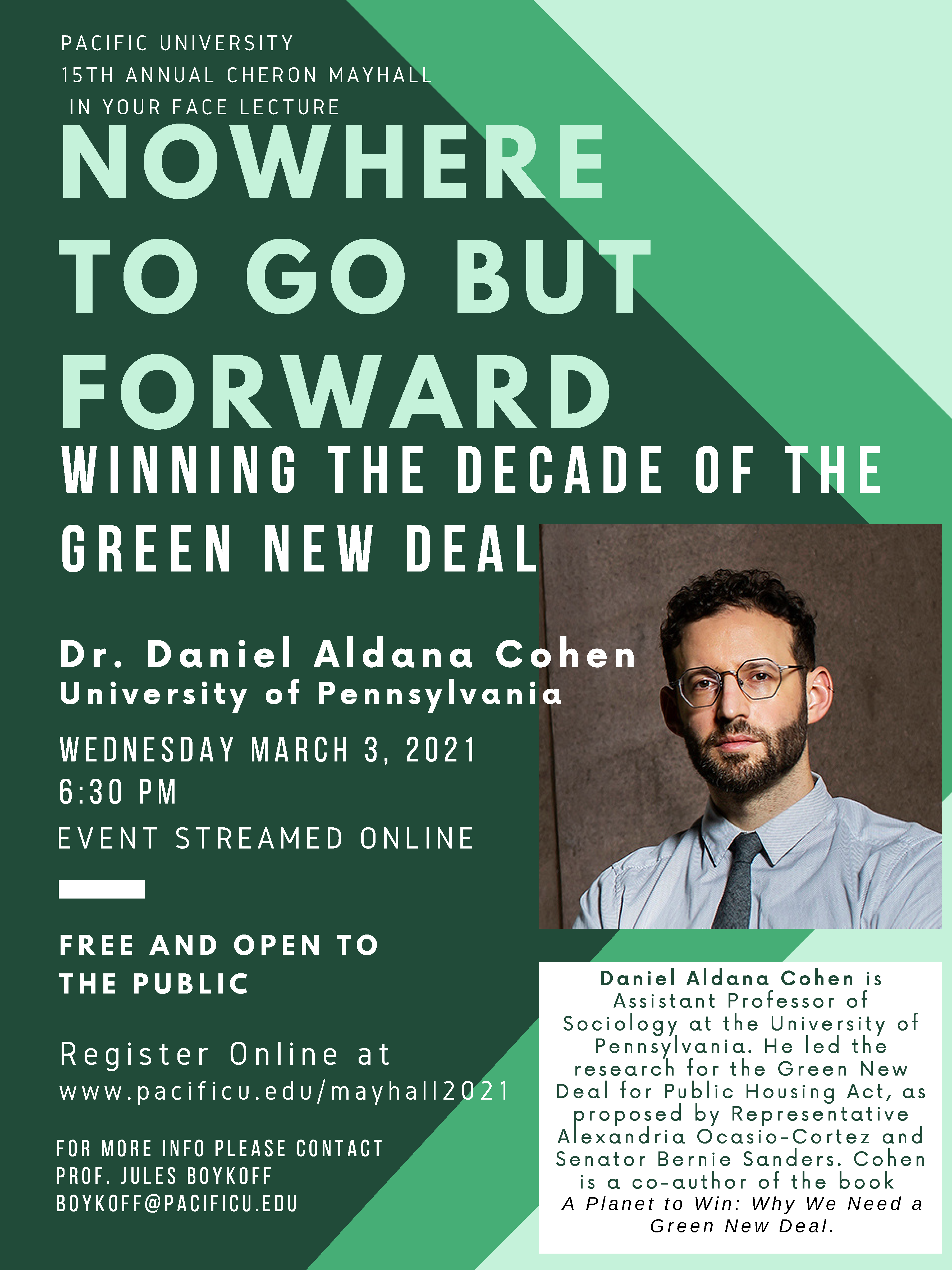 Pacific University is proud to present Dr. Daniel Aldana Cohen in the 15th annual Cheron Mayhall In Your Face Lecture.

“Nowhere to Go but Forward: Winning the Decade of the Green New Deal” will be presented virtually at 6:30 p.m. PST March 3 as a lecture, followed by a question-and-answer session.

Cohen is an assistant professor of sociology at the University of Pennsylvania, where he is director of the Socio-Spatial Climate Collaborative, or (SC)2.

In 2018-2019, he was a member of the Institute for Advanced Study in Princeton, New Jersey, and led the research for the Green New Deal for Public Housing Act proposed by Rep. Alexandria Ocasio-Cortez and Sen. Bernie Sanders. His research and writing have appeared in Nature, Public Culture, Environmental Politics, The International Journal of Urban and Regional Research, NACLA Report on the Americas, City, The Guardian, The Nation, Jacobin Dissent, and elsewhere. He is co-author of the book A Planet to Win: Why We Need a Green New Deal.

Register in advance to join the event via Zoom.

The lecture is named for late Pacific alumna Cheron Mayhall ’64, a tireless champion of community service and social justice. Her family's support of Pacific and its Lead On campaign is helping expand inspiration, opportunity and innovation for Pacific's future.