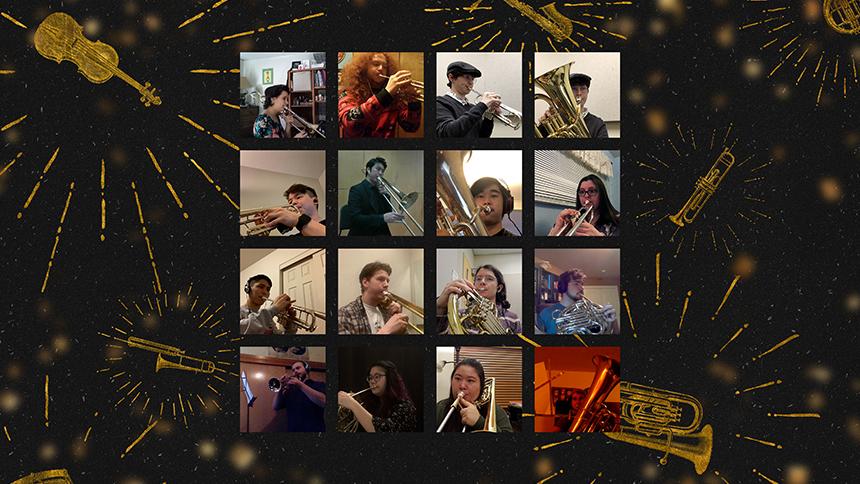 The 54 student band members have submitted recordings that have been mixed and mastered to create a high-end virtual concert. The seven performance pieces were selected to celebrate a new year. They include:

Watch the concert as it debuts at 7:30 p.m. Jan. 23 on the university's YouTube channel, or at your convenience following its debut. Want to be the first to see it? Subscribe now at youtube.com/pacuniv.