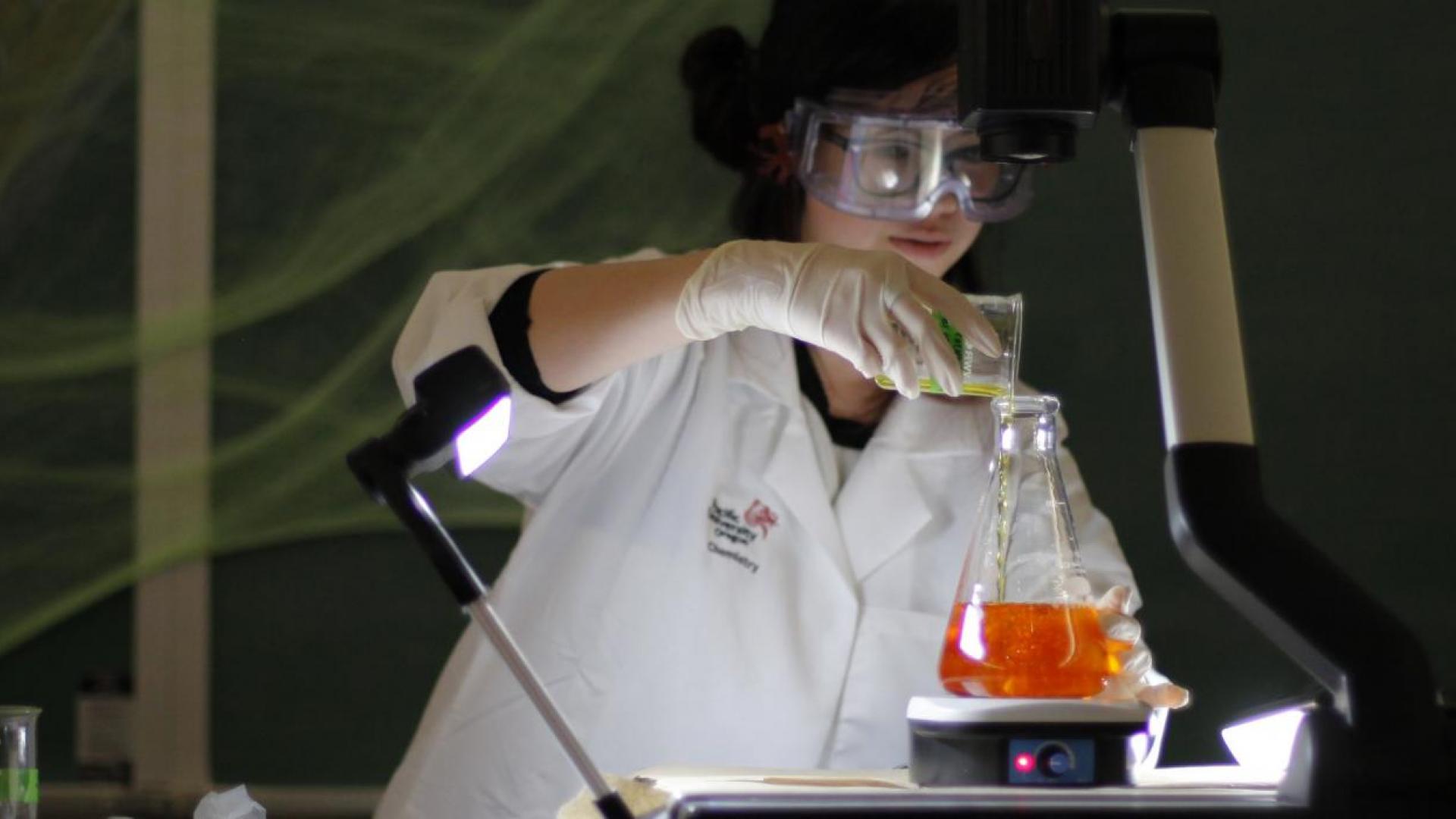 For students planning a career in Medicine, Optometry, Physician Assistant Studies, Pharmacy or Physical Therapy it is recommend that they take General Chemistry I & II as either freshmen or sophomores. The minimum math prerequisite is Math 122 for the first semester and Math 125 for the second semester. Students placing into Math 125 must take it. Other students are highly recommended to take a math course.

*Sometimes a student begins the term enrolled in Chem 220 and Math 125, but then discovers that Math 122 is the more appropriate level. Dropping back to Math 122 can be done and should be done if the student is overwhelmed by the math, but be advised: this student will not be allowed to continue on to Chem 230 because the prerequisite for Chem 230 is Math 125.

Non-Science majors who do not expect to use science in their career but wish to have an overview of the discipline of chemistry should take: Chem 110 Chemistry and Your Environment (2 credits) (no prerequisites).

Students considering a major in chemistry

For a freshman to complete the chemistry major in four years under the four-year guarantee, in addition to meeting requirements in both the guarantee program and for the major, the student must complete the following three major requirements within the given timeframes:

Specific chemistry courses are not offered each semester or even each year.  It is therefore important for a chemistry major to communicate regularly with their academic advisor and to work with the advisor to plan their academic schedules.

* Workshop (calculus-based) physics is recommended, especially for students who might consider graduate school.
** Not required but recommended.

* A good elective for pre-pharmacy, but taught every other year. So it might not be available. The student interested in this elective should consider taking Quantitative Analysis in their Junior year if this course will not be offered in their