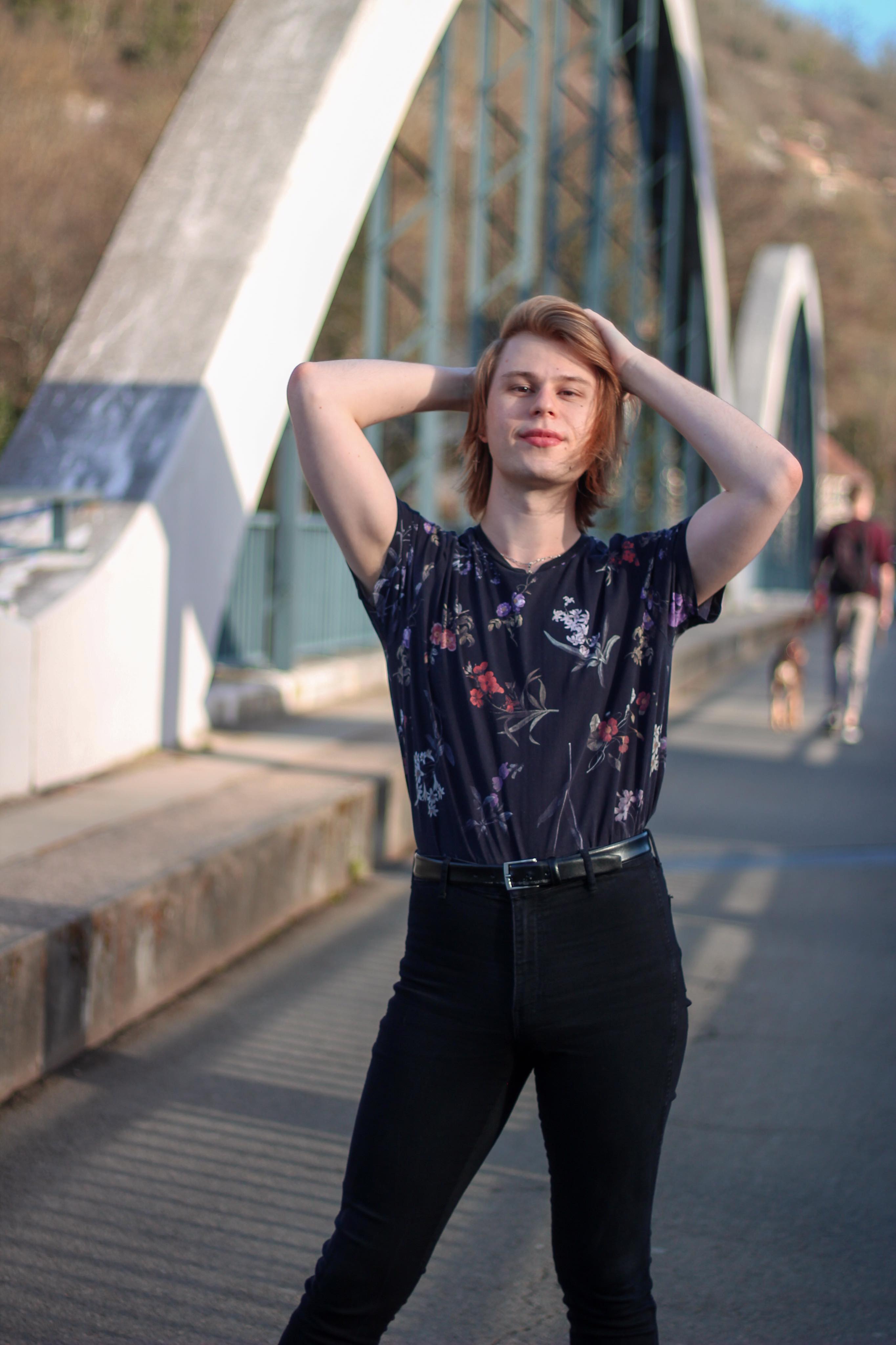 Je m'appelle Yann. My name is Yann. Pronounced as if you were really tired and suddenly you YAWN. I'm 21 and I come from France. I’m basically a walking stereotype. My parents are authentic bakers, my favorite food is cheese and I’m rude. My hometown, where I spent 18 years of my life, is very small and is called Le Deschaux. There are as much inhabitants as there are cows for a total of 2000 individuals. I come from the Middle-East of France. Lots of mountains, forests, lakes and I'm close to two other countries: Germany and Switzerland. The closest well known city to where I’m from is Lyon. I recommend Lyon as a vacation destination. Very beautiful and typical city. Le Parc de la Tête d’Or (The Golden Head Park) is my favorite place. It is a natural park that protects animals and ecosystems. The food is also great! And the landscape is full of vineyards and pastel colored bricks.

Since France (and Europe in general) is very well equipped with public transportation, I never had to move from the countryside to access basic education. I started elementary school in my hometown, then began to go to high school to another town called Chaussin. I finished my 3 years of high school in another bigger city called Dole. It is a very rural city quite far from my parents’ house (1h in bus). Dole is the city of birth of Louis Pasteur, a small underground scientist who notably invented a vaccine against rabies and helped saving millions of people throughout the world thanks to his progress in microbiology in the 19th century. There’s even a museum of his actual house and laboratory that is pretty cool!

As I needed to access higher education I moved to Besançon at 18 years old, a way bigger city. I've attended a college of Arts and Languages (and also archaeology and cheese master, yes you read well, there was a cheese master degree in my college...) for three years in the Bourgogne Franche-comté region (or county). It’s a long word for a region but it bears the name “Comté” which is a type of cheese and also one of my favorites. I've graduated with a Bachelor of Arts in English Literature and Civilization in three years.

My professional goal is yet to be determined. I am very prone to becoming a teacher. This is something that I’ve always dreamed of as a teenager. But growing up, I’ve realized that I don’t know if I want to become an English teacher in France or a French Teacher in an English-speaking country. That is the reason I applied to the Fulbright program for the first time, one year ago and now here I am.

I’m very excited to come to Oregon since it’s a little bit similar to my home with all this green but also very different in so many other ways. As a French Teaching Assistant, I would be very happy to share not only my language but also every aspect of my Culture! One of my hobbies is baking so you can expect some cooking activities from me. I also like Art a lot, in all its forms, and I like to create so I’ll try my best to keep you entertained. One thing I dislike, on the contrary, is sport. I often describe myself as a fat slug so I apologize in advance to the people expecting me to do physical activities or being able to translate specific sport vocabulary… However, I’m very curious, so I’d be very pleased to help or try my best in all fields!

You can catch me on campus and we can have a chat, you can come to conversation tables and practice your French, or you can come to French nights every Monday to have fun and learn about culture. You don’t have to speak French to attend any of these, I’ll be glad to help everybody! Furthermore, if you are eager to learn about me, or culture in general you can also join the French Club and participate in tons of fun activities! I know I look like I’m about to blast you with my eyes but I’m very friendly :> Feel free to talk to me anytime!