Affinity Groups are a vital part of the OEDI programming that provides direct community support for students, faculty and staff. Affinity Groups are spaces made for folks who share an identity to convene together, build community, offer support, and explore identity. The OEDI knows it is important to center our identities in order to build community and gain support from peers. Currently, students are initially offered 9+ different affinity groups during Orientation with ways to continue building community throughout their time at Pacific.

The BIPOC Affinity Group is an employee group committed to creating an inclusive, supportive, and affirming environment for self-defined faculty and staff of direct Black, Indigenous, People of Color descent, including those who also define themselves as multicultural. This affinity group aligns with OEDI’s programming and strategic goals to support the retention and empowerment of Pacific’s BIPOC faculty and staff. The BIPOC Faculty & Staff Affinity Group meets monthly.

The LGBTQIA+ Staff & Faculty Affinity Group is for anyone in the Pacific University community who falls under the Queer and Trans umbrella. The purpose of this group is to build community, network, and provide support to our fellow faculty and staff members.

The purpose of this affinity group is accountability. The BIPOC community too often is engage in the emotional labor of educating white people about racism and part of the purpose of this group is to create space for white-identified people to education each other and what it means to center the voices and needs of our BIPOC community, while taking necessary responsibility to engage in anti-racism work, especially understanding and dismantling white supremacy culture, and developing anti-oppressive practices. The group is open to any faculty or staff member who identify as white or has white privilege.

In an effort to engage in continued anti-oppressive practices and productive discussion, the Office of Equity, Diversity and Inclusion will host a monthly book discussion on the OEDI instagram (@pacificu_edi). To join the book discussion, follow us on Instagram and read the book.

The following are titles to be discussed each month: 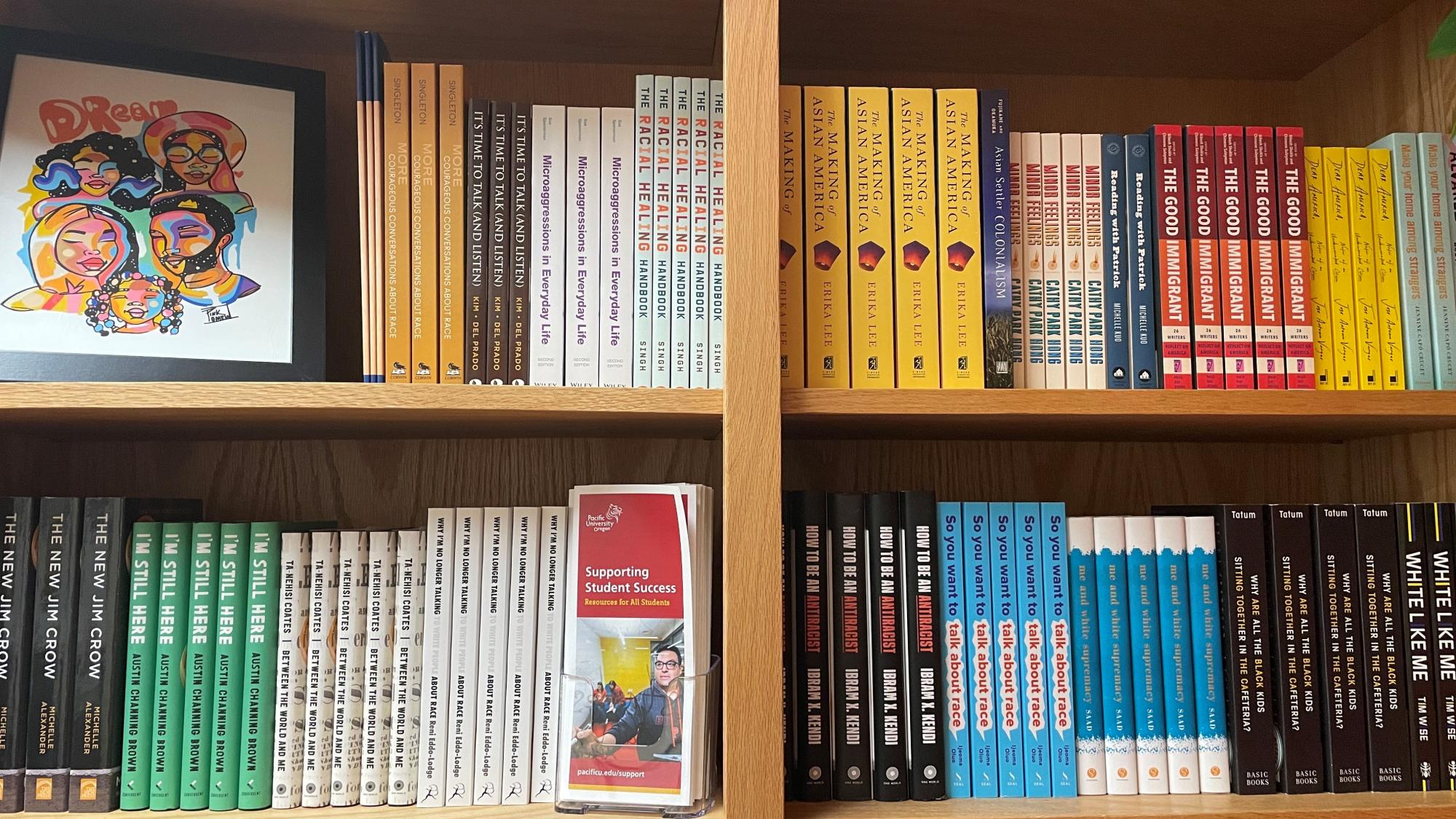 If you would like to propose and lead an additional affinity group to support Pacific University's commitment to equity, diversity and inclusion, please contact OEDI at oedi@contact.pacificu.edu.