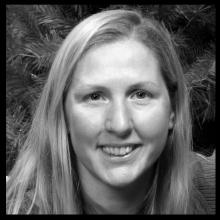 Bonnie Jo Campbell is the author of the acclaimed novel, Once Upon a River. Her newest book of stories, Mothers, Tell Your Daughters, was released by Norton in 2015. She was a 2009 National Book Award finalist and National Book Critics Circle Award finalist for her collection of stories, American Salvage, which won the Foreword Book of the Year award for short fiction.

Campbell is also author of the novel, Q Road, and the story collection, Women & Other Animals. She’s received the AWP Award for Short Fiction, a Pushcart Prize and the Eudora Welty Prize. Her poetry collection, Love Letters to Sons of Bitches, won the 2009 CBA Letterpress Chapbook award. She is a 2011 Guggenheim Fellow. Her newest book of stories, Mothers, Tell Your Daughters, was released by Norton in 2015.

“American fiction waited a long time for Bonnie Jo Campbell to come along,” writes Jaimy Gordon, winner of the 2010 National Book Award. “A lot of us, not only women, were looking for a fictional heroine who would be deeply good, brave as a wolverine, never a cry baby, as able as Sacagawea, and with a strong and unapologetic sexuality.”

Campbell holds a second degree black belt in Koburyu kobudo, an Okinawan weapons art, and in her spare time tries to train her donkeys, Jack and Don Quixote. Visit her website and her writer’s life blog, The Bone-Eye.