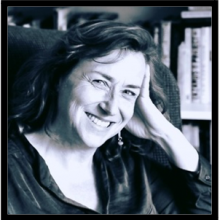 Cate Kennedy is an Australian writer who has published two short story collections, a novel, three poetry collections, and a memoir. Her stories have appeared in many publications including The New Yorker, the Harvard Literary Review, World Literature Today, and Prospect magazine, as well as numerous Australian literary journals and periodicals including Best Australian Stories in 2006, 2007 and 2009.  Her debut collection, Dark Roots, was given a starred review upon its U.S. publication in Publishers Weekly and the Kirkus Reviews, and was chosen as a Barnes and Noble Great New Writers selection for 2008 and as Oprah magazine’s "new voice of the month" in July of that year. She is the recipient of the Queensland Literary Award for her most recent collection, Like a House on Fire, and the Victorian Premier’s Literary Award for her 2011 poetry collection, The Taste of River Water. Her novel, The World Beneath, was awarded the People’s Choice prize in the NSW Literary awards in 2010, and has been translated into French and Mandarin. In 2021 she completed her PhD dissertation and was awarded a Doctor of Philosophy degree at LaTrobe University, Melbourne. Her short story collections are both on the English syllabus in her home state of Victoria in Australia.

Thoughts on Workshop: All I can think of to say is to echo the master, Anton Chekhov, when he said: "I still lack a political, religious, and philosophical world view. I change it every month, so I'll have to limit myself to the description of how my heroes love, marry, give birth, die, and how they speak."