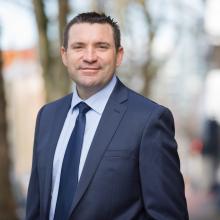 Charlie Bailey is a Circuit Court judge and is the former Presiding Judge of Washington County Circuit Court. He has been a judge since 2006.  After serving in the U.S. Navy, he graduated from the University of Oregon's undergraduate and law schools. Prior to becoming a judge he was a prosecutor working on Child Abuse cases. In addition to being the Presiding Judge, Judge Bailey also served as the Chief Civil Judge and has served on many statewide organizations involving judicial work. Judge Bailey really enjoys teaching Business Law.