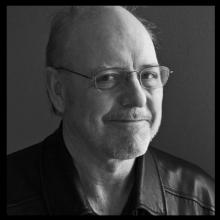 David Long's short stories appear in The New Yorker, GQ, Story, and many anthologies, including The O. Henry Prize Stories. His third collection of stories, Blue Spruce, was given the Lowenthal Award from the American Academy of Arts and Letters. In the 1970s, he was a student of Richard Hugo and William Kittredge at the University of Montana. His novels include The Falling Boy, The Daughters of Simon Lamoreaux, and The Inhabited World. He is currently finishing a book on sentence craft called Dangerous Sentences. His loves: coffee, reading, the Seattle International Film Festival, blues harmonica, English football, and his family.