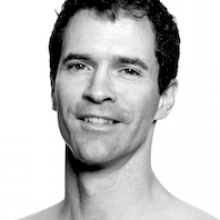 James Healey, a native of Grants Pass, Oregon, received a BA from the University of Nevada–Las Vegas. James has taught at Pacific for the past eight years in the areas of contemporary technique, choreography, and is a faculty choreographer for Pacific Dance Ensemble.

In 2000, James became a founding member of Shen Wei Dance Arts in New York, dancing with the company and serving as the rehearsal director for over ten years. During his tenure with Shen Wei, James experienced the creation and refinement of Shen Wei’s “natural body development technique” and was among the original cast for many of Shen Wei’s groundbreaking works, including Near the Terrace, Rite of Spring, and Connect Transfer. Currently, James continues to dance with Shen Wei for engagements.

James is sought out nationally for his excellence in teaching, choreography, and as an independent artist. He was an invited dance faculty at the Governor's School of North Carolina, and also served as a guest artist at the University of North Carolina School of the Arts, and at Rutgers University.

Other performance credits include performing in Imagine at the Luxor in Las Vegas, Nevada, and with Malashock Dance in San Diego, California.

Pacific Dance program celebrated the start of the holiday season with an end of fall informal on December 4, 2018. The informal showcased the students in the dance program by presenting student choreographed works from all genres.

Healey is taking part in an Skinner/Kirk Dance Ensemble that will perform March 23 - April 1 at BodyVox Dance Center in Northwest Portland.