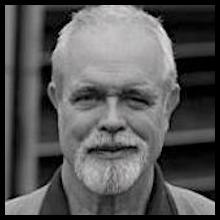 Joseph Millar’s collections are Kingdom, Overtime, a finalist for the Oregon Book Award, Fortune, and Blue Rust (all available from Carnegie-Mellon). His most recent collection, Dark Harvest: New and Selected Poems, 2001-2020, was released in October, 2021. Millar grew up in Pennsylvania, attended the Johns Hopkins Writing Seminars and spent 30 years in the San Francisco Bay area working at a variety of jobs, from telephone repairman to commercial fisherman. His poems record the narrative of a life fully lived among fathers, sons, brothers, daughters, weddings and divorces, men and women. His work has won fellowships from the John Simon Guggenheim Foundation, the National Endowment for the Arts, a Pushcart Prize, and has appeared in such magazines as DoubleTake, New Letters, Shenandoah, TriQuarterly, The Southern Review, The American Poetry Review, and Ploughshares.