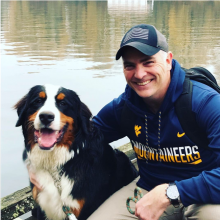 Richard has served in law enforcement for over two decades. He’s held both federal and municipal level positions in a variety of investigative and operational assignments. Richard has spearheaded the introduction of mindfulness into policing as part of a larger cultural transformation toward a compassionate, skillful and resilient policing.

Alongside his civilian police career, Richard served in the United States Coast Guard Reserve for 27 years, both active and reserve, retiring in 2015 at the rank of Commander while assigned to Coast Guard Sector Charleston, SC. He holds an appointment as an affiliate professor in the School of  Graduate Psychology at Pacific University in Oregon and serves as a researcher and trainer in a current NIH funded research project with Portland Police Bureau and Albuquerque Police Department. Richard completed a year-long training program at the University of California at Los Angeles, Mindful Awareness Research Center (MARC) under the direction of Diana Winston, Dr. Susan Smalley, and Dr. Marvin Belzer. He is a Certified Mindfulness Facilitator through UCLA.