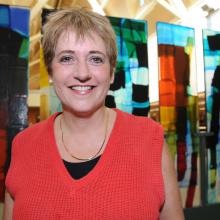 Martha Rampton published on a variety of topics, from holy women in both the Christian and Islamic traditions, to the significance of the feasting imagery in the Bayeaux Tapestry. Her most recent work concentrated on magic, women and ritual in the early Middle Ages. Her monograph entitled Magic, Women and Ritual Power through the First Millennium is forthcoming. Her newest research project engages the growing interest in the history of emotions. She is currently writing a book on the role of emotion in a celebrated 9th century divorce case. Her teaching fields are as broad as her research interests.

At Pacific, she offered courses on the ancient and medieval worlds, and the medieval Middle East. One of the most popular courses Rampton taught dealt with the history of magic and witchcraft from the Roman period to the Enlightenment. She has traveled widely in Europe, North Africa, the Middle East and India. She is the founder and served as director of the Pacific University Center for Gender Equity (CGE). In her capacity as CGE director, she regularly lead student and community groups to southern India to study gender and society at Lady Doak College. In 2010, she received the “She Flies with her Own Wings” award from the Oregon Women in Higher Education for work with CGE. In addition, she founded the annual Medieval Faire called “Faire in the Grove,” which is a collaboration between the university and the local community. This activity attracts several thousand participants each year.

Martha Rampton interest is in medievalism. She concentrates on the early medieval period with an emphasis on social history and the activities and roles of women.

PhD in medieval history with a minor of history of the Middle East, University of Virginia, Charlottesville, Va., in 1998

Research on contemporary Egyptian women, American University, Cairo, Egypt in the Summer of 1989

Bachelor of arts in theater and history with teaching certificate, in 1979

May-June 2005 | Coordinator, Student Travel to India for the Center for Women and Gender Equity

January 2005 | Chair of Board of Directors of Women’s Center for Applied Leadership (WCAL) Portland, Ore.

“Magic, Ritual Power and Women from Late Antiquity through the First Millennium”, forthcoming

“Eve,” and “Mary Magdalene.” Both in Oxford Encyclopedia of Women in World History. In press with Oxford University Press

“Judith of Bavaria.” In International Encyclopaedia for the Middle Ages-Online. Supplement to the Lexikon des Mittelalters. UCLA Center for Medieval and Renaissance Studies and Brepols Publishers, 2006

January 2005 | Coordinator, Student Travel to India for the Center for Women and Gender Equity

2003-present | Chair of Board of Directors of Women’s Center for Applied Leadership (WCAL) Portland, Ore.

2001-Present | Founder, Chair of the Board, and Director, Center for Women and Gender Equity

June 2002 | I was invited to lecture at the University of Utrecht in the Netherlands in Department of History’s Medieval Lecture Series. My paper was titled “Early Medieval Magic and Ritual”

1988 | National Endowment for the Humanities Seminar/Assisi and Sienna, Italy Research on St. Francis of Assisi