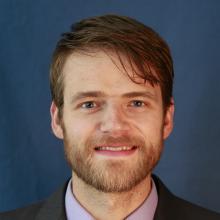 Dr. Bulson is currently a professor at the Pacific University College of Optometry in Forest Grove, Oregon, where he serves as lead instructor for the Clinical Optometric Methods and Procedures course for first year optometry students. In this role, he also serves as clinical attending doctor in a variety of services, including primary eye care, ocular disease, vision therapy, and pediatrics. He is a graduate of the State University of New York (SUNY) College of Optometry and completed his residency in hospital based primary care optometry at the Portland Veterans Hospital in Portland, Oregon, where he continues to serve America's veterans today. He has also previously served as the Chief of Optometry at the Jonathan C Wainwright Veterans Hospital in Walla Walla, WA. His Master's thesis investigated the role of retinal defocus (blurred vision) during simulated athletic performance. He continues to pursue research investigating the role of vision in sports, as well as the visual and ocular anomalies associated with traumatic brain injury (TBI) in veterans returning from the conflicts in Iraq and Afghanistan. In addition, he is a consultant for the EyePACS Tele-Retina imaging program, which screens for sight threatening conditions in indigent populations. He is a fellow of the American Academy of Optometry and a member of the Pediatric Eye Disease Investigator Group (PEDIG).