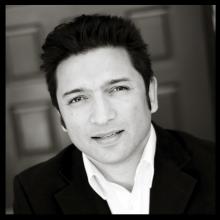 Sanjiv Bhattacharya is presently the U.S. Correspondent forEsquire (UK), and a general freelancer for various titles in both countries, such as The Telegraph, The Guardian, The Observer, Details, Marie Claire, and a handful of others.

He grew up in London, studied at Cambridge, and spent five years at GQ (UK). He then turned to freelance and moved to Los Angeles to spend the next nine years writing features about all kinds of things, especially celebrities, subcultures, and fringe groups.

In 2005, he made a documentary about Mormon polygamy, which led to a book on the topic, Secrets & Wives: The Hidden World of Mormon Polygamy, which came out in 2011.

In 2008 he went to India for a couple of years to edit men’s lifestyle magazines, first GQ India in Bombay and then a few other titles at the India Today Group in Delhi.

Now he is back in LA, working on more books and articles.