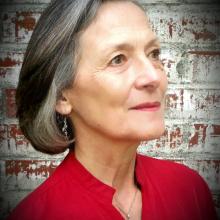 Thorey Mountain, who is English/Icelandic, has recently returned to Portland following an extended stay in the UK where she was Head of Jazz Dance at two of the foremost vocational ballet schools, Elmhurst School for Dance in association with Birmingham Royal Ballet and The Dance School of Scotland, which has close ties with Scottish Ballet. She also taught Matt Mattox Jazz technique at leading performing arts college London Studio Centre. During her sojourn in Britain, Thorey obtained her BA Honours degree in Theatre Dance (Dance Education) and her Masters (a MPhil in Educational Studies—Dance). She was also the Birmingham-based tap tutor for the wildly successful West End production of Billy Elliot. In recent years she has been thrilled to see three of her students star in the role of Michael on the London stage.

Thorey trained in classical ballet and theatre arts at the Arts Educational School in London, and with Anna Northcote, before becoming a member of the Sadler's Wells Opera Movement Group. She also studied with American jazz dancer and choreographer, Matt Mattox, and danced with his Jazzart Company at the Edinburgh Festival and at the Roundhouse in London. Thorey appeared in the original West End productions of Applause which starred Lauren Bacall, Pippin where she had the unique opportunity of working with Bob Fosse, and A Chorus Line for Michael Bennett. She also appeared extensively in BBC television productions, commercials and films, notably The Slipper and the Rose, starring Richard Chamberlain and choreographed by Marc Breaux.

Thorey has worked as a guest movement teacher at Jefferson High School for the Performing Arts and was resident choreographer for Portland’s Musical Theatre Company.