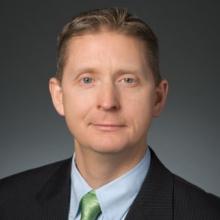 Dr. Hefner is an Associate Professor of the College of Optometry and the Interim Associate Dean of Clinical Programs.

A native Kansan, Dr. Hefner spent 20 years in private practice in Topeka, KS specializing in pediatrics and family practice optometry before re-joining the faculty at Pacific University College of Optometry in 2017.  Additionally, he continues to serve in the United States Air Force as the Medical Group Commander for the 190th Air Refueling Wing in Topeka, KS.  In his 20 years of service, Dr. Hefner has provided humanitarian health care in El Salvador, Armenia and Trindad and Tobago.

Dr. Hefner and his wife Dawn live in Forest Grove, OR with their three children.

Graduate, US Army Command and General Staff College, May, 2007