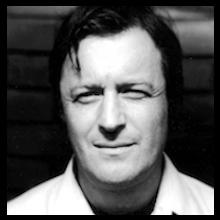 Willy Vlautin has published six novels: The Motel Life (2007), which was The New York Times Editors’ Choice and Notable book, and was made into a major motion picture starring Dakota Fanning, Emile Hirsch, Stephen Dorff, and Kris Kristofferson; Northline (2008); Lean on Pete (2010), which won the Ken Kesey Award for Fiction, was short-listed for the IMPAC award, and is soon to be a film starring Steve Buscemi and Chloe Sevigny; The Free (2014), winner of the Oregon People’s Choice Award; and Don't Skip Out On Me (2018). His latest novel, The Night Always Comes, was released in April, 2021. His work has been translated into eight languages.

Vlautin founded the bands Richmond Fontaine in 1994 and The Delines in 2014, featuring vocalist Amy Boone (The Damnations). He currently resides in Scappoose, Oregon.

Thoughts on Workshop: Workshop is an important part of the program, where students can learn to see their work from the diverse perspectives of their fellow students. Discussion and critique are valuable tools for honing our craft, and workshop should be a place where all students feel safe to share their work. Students should come to it with open minds, ears, and hearts. My goal is for students to be inspired and motivated by the discussions we have in workshop.