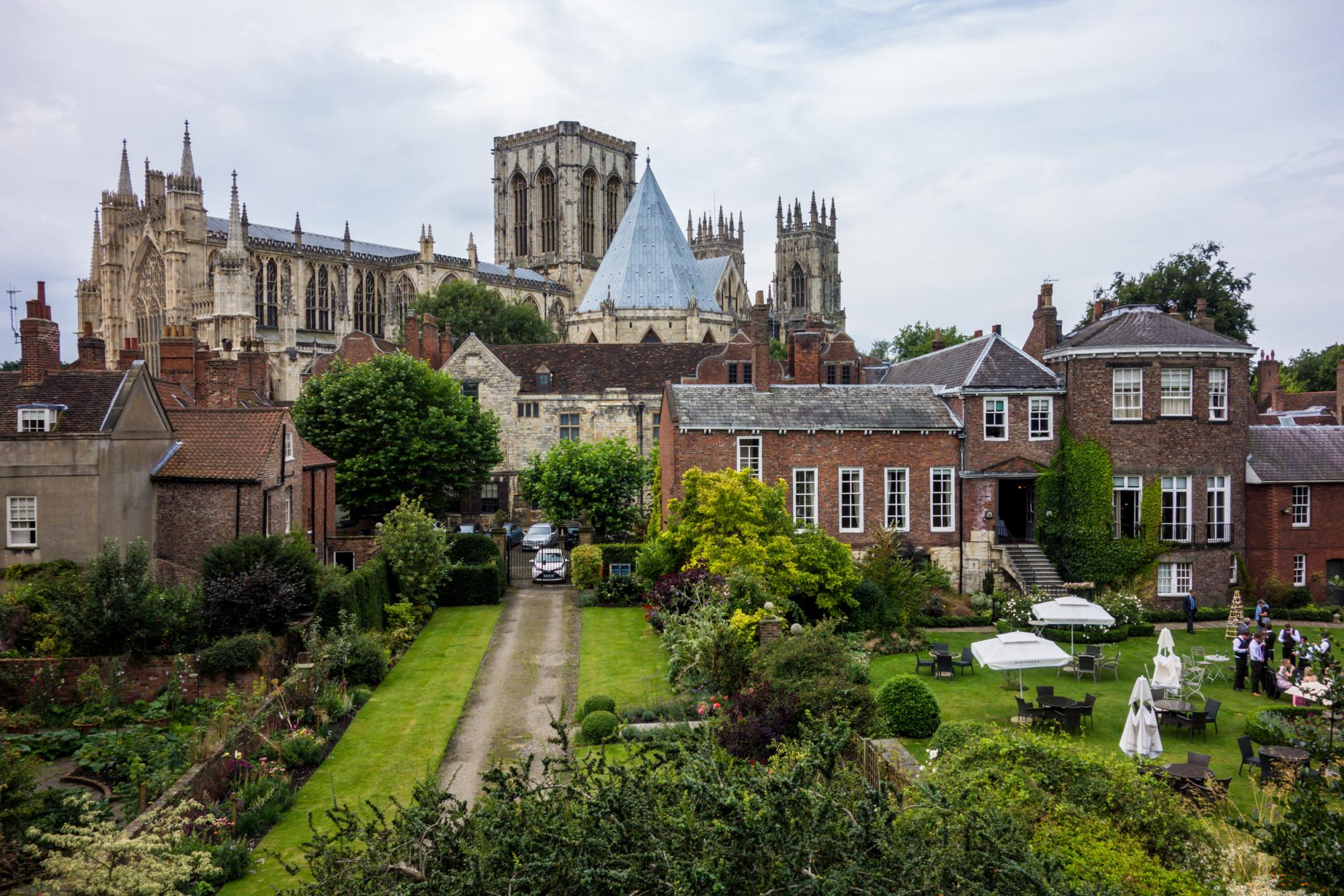 The North's spiritual capital for 2,000 years, York has played a central role in British history under the Romans, Saxons and Vikings. Still encircled by its famous 13th and 14th century city walls, York is a compact riverside city offering stunning attractions ranging from York Minster, the largest Gothic Cathedral in Northern Europe, to the tangle of picturesque medieval streets for which the city is famed. Of these, the most renowned is The Shambles, reputedly Europe’s most visited and best preserved medieval street. The United Kingdom's second most popular tourist destination after London, York is also renowned for its lively café and restaurant culture and as a regional center for the performing arts.

York is centrally located only two hours by train from London and Edinburgh and with nearby Leeds Airport, it is well connected to the continent by discount airlines, offering inexpensive access to Europe’s major cities.

York St. John University, founded in 1841 and with a current enrollment of approximately 5,000, is located in a setting of unparalleled attractiveness. It sits in the shadow of York Minster and the medieval city walls and is a five-minute walk from the bustling town center. The main quad, the centerpiece of the campus, dates from the mid-19th century, and is complemented by appealing landscaping. New buildings include the impressive Sports and Health Sciences Building, while upgrades to the original campus have created a bright, new feel to the student dining and recreational areas.

While Pacific students are required to meet course prerequisites, they have access to classes in all academic disciplines. Teaching at YSJ is scheduled in two-to-three hour blocks weekly. Classes consist, in the main, of a formal lecture complemented by a seminar in which the focus is on group discussion.

Students will be housed in residence halls on campus, just a short walk from the York city centre. All students will be provided with single rooms with a washbasin. Bathrooms are shared, and each floor has a small kitchen area. A meal plan is not included.

The York St. John International Office organizes several excursions which typically include day trips to Whitby, walks in the Lake District, a weekend in Paris, visits to stately homes in the area, performances at York Theatre, and a trip to the seaside town of Blackpool. These excursions are optional and are available for an additional cost.