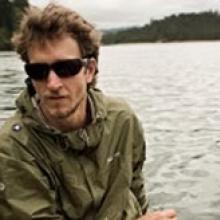 My post-doctoral research at Colorado State University, working under the mentorship of Dr. Stuart Tobet, investigated the mechanisms through which sex differences develop in the embryonic brain. Specifically I worked on a project identifying the means through which the gonadal steroid, estradiol, exerts rapid changes in the rate of neuron movement in the pre-optic area of the hypothalamus during early sexual differentiation.

During my post-doctoral research at Northern Arizona University, I examined endocrine disrupters in water. While at NAU I was involved in three projects. The first project, working in the laboratory of Dr. Timothy Vail, was to develop ELISAs and lateral-flow immunoassays to rapidly quantify estrogenic compounds in water. We used both enzymes and nano-particles as markers in this quantification process. My second project, conducted in the laboratory of Dr. Catherine Propper, used gene chip micro-arrays to identify thyroid hormone sensitive genes in the African clawed-frog, Xenopus laevis. We have identified a subset of these genes as markers for thyroid hormone disruption by endocrine disruptors and have begun to characterize changes in expression of these genes following endocrine disruptor exposure using quantitative PCR. The third project involves studying the effects of exposure to treated wastewater effluent on social behaviors in Xenopus tropicalis.