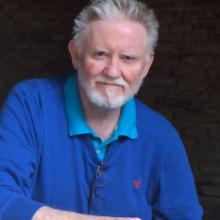 At Pacific University, all faculty teach a variety of different courses. Typically, we do not use graduate teaching assistants, which means that your classes will be taught by professors and that you will have plenty of opportunities to get to know the faculty in your discipline. My broad teaching interests include comparative politics (with a special emphasis on Brazil and Latin America), political philosophy, political economy, and politics in literature and film.

POLS 213 | Socialism and Its Critics

POLS 221 | Politics in Literature and Film: Fascism and Communism

Other courses that I regularly teach include:

Master of Arts at University of Washington, Seattle, Wash.

Bachelor of Arts at University of Texas, Austin, Texas

I was a political reporter and documentary film producer for public television prior to my academic career. At KAID-TV in Boise, Idaho, and KCTS-TV in Seattle, Wash., I covered five sessions of the Idaho Legislature and one session of the Washington Legislature, interviewed dozens of major state and national political figures, and produced numerous film and video documentaries on major public affairs issues. Two of my documentaries received national recognition:

A Place in the Sun, a half-hour film analyzing a major UN conference on global development held in Seattle, was honored for outstanding local coverage of economic issues by the Economic Broadcasters Association.

In the Best of Times, a half-hour film analyzing the problem of African-American youth unemployment in Seattle, aired nationally on the Jim Lehrer-hosted "US Chronicles" series, was named best local production on economic issues by the Economic Broadcasters Association, and received national Emmy recognition for "Community Service Award" by the National Academy of Television Arts and Sciences.

Awarded Story-Dondero research grant to support field work in Montevideo, Uruguay in January of 2019 to begin research for an article on modern Uruguayan political history.

Production of an hour-long video documentary on a group of women who were pioneers in the computer science professions in Peru, The Grasshopper Women: A Peruvian Tale of Globalization, presented for Women's History Month, Pacific University, March 15, 2018.

I live in Portland with my wife, Maria Seward, a retired systems programmer. Our daughter Annamaria is a 2014 graduate of Amherst College in Massachusetts and now lives and works in Seattle. I love to travel abroad with my family (trips since 2000 to France, Spain, Peru, Great Britain, Ireland, Uruguay, Argentina, China, and Italy). I'm fluent in Portuguese and Spanish and spent three months in France in the spring of 2018 trying to become fluent in French. I am also an avid golfer, tennis player, and film buff.