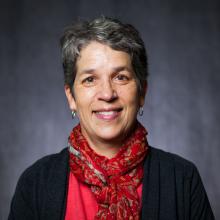 Master of arts in Spanish, University of California Berkeley, Berkeley, Calif., in 1990

Bachelor of arts in Spanish, Williams College, Williamstown, Mass., in 1986

"Learning Through Service: A testimonio on the Pedagogical and Scholarly Benefits of Service Projects Conducted by Teachers of Spanish, " Hispania 98:2 (2015).

"Service Learning Conducted by Teachers of Spanish: Why It's Worth Your Time!,"   COFLT Conference, Concordia University, Portland, OR. March 2, 2013.