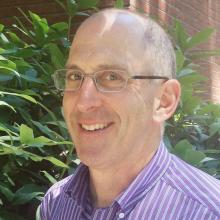 Master of science in economics, University of Wisconsin-Madison, Madison, Wisc.,1991

Ruder, Philip J. and Van Dyk, Robert, “Of Salmon, Owls, Politics, and Economics:  A Broader Agenda for the Environmental Movement,” in Oregon

Testimony to the Oregon Board of Forestry on the Greatest Permanent Value rule, March 3, 2010

Testimony to the Oregon Board of Forestry on the economic impact of increasing timber harvests, June 3, 2009

“Lumber or Leisure:  The Economic Impact of Preserving the Tillamook and Clatsop State Forests,” Pacific Northwest Regional Economic Conference, May 2002

Story-Dondero Grant to Support Research in Political Economy, 2012-13 for project evaluating the effect of Transit-Oriented Development project features on transit use in the Gateway District of Portland, Oregon

Nominated by Pacific University in 2003 for the U.S. Professor of the Year Award, Carnegie Foundation for the Advancement of Teaching, Stanford, California

Twice the winner of the Trombley Award for Teaching Excellence at Pacific University, 1999-2000 and 2000-2001. The award is voted on by students and recognizes extraordinary performance in teaching undergraduates.