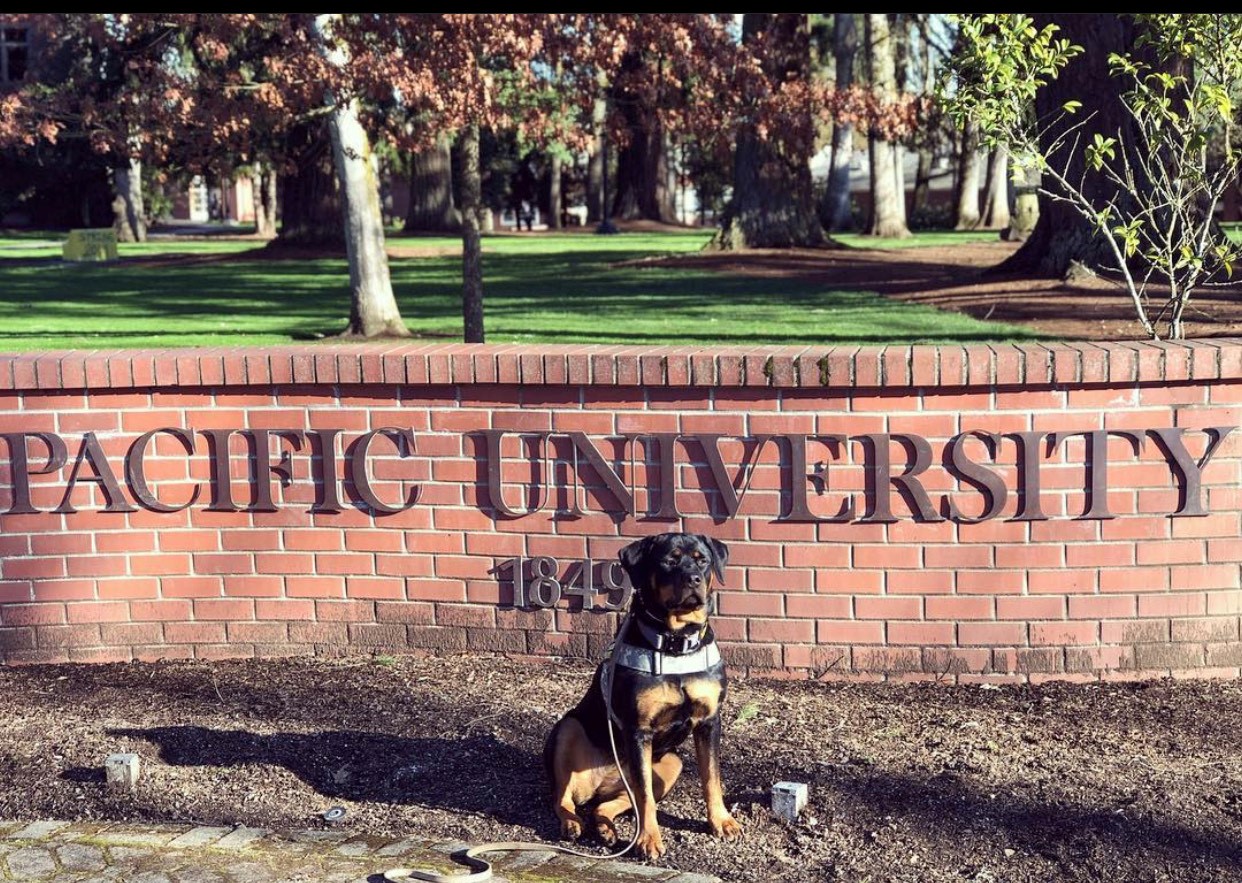 One night, just after winter term his junior year, Adam Katz ‘19 drove round trip to Idaho in one day. On the return trip he had some very special cargo — a tiny Rottweiler puppy who would change his entire career trajectory.

He named her Nala, the name his family and friends liked the best.

Katz knew that he wanted to have the best-trained dog possible, but he did not know this would be the beginning of a new passion.

His commitment to training his own dog well led him to have conversations with his uncle, who had been training dogs since he was 7 years old.

Training was important because to him because Rottweilers came with a stigma. He wanted to do his part to crush the stigma and have her trained at the highest level.

Katz went to visit his uncle, and the seed was planted. He started gaining new knowledge on dog training and realized that it was something he truly wanted to pursue.

Adam went on to learn more about dog training and eventually become a certified trainer.

Katz now owns his own dog training business, Katz K9. He is passionate about the work he wants to do and wants every dog to reach their full potential. He trains in obedience, behavior modification, personal protection, tracking/search and rescue, scent detection, and some service animal training.

Katz said Pacific allowed him to build his work ethic while gaining experience and skills he needed to become an entrepreneur and to create his business.

“I got a quality education out of it," Katz said. "I got an education where I felt like my learning style and my beliefs and my values were all respected and it allowed me to be successful.”

He found support during his time at Pacific from his dog, and he wants other to be able to have that experience as well.

He wants everyone to have the best-trained dog they can have so that they can then have the best relationship possible with their dog — just as he has with Nala.