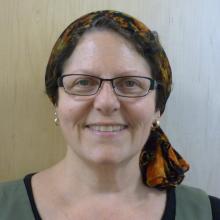 A recent analysis by a team of researchers, including Pacific University Psychology Professor Jennifer Antick, found limited research evaluating depression screening tools in patients with kidney failure, often because the studies were small or had other shortcomings.

The results appear in the Nov. 20 issue of CJASN, the Clinical Journal of the American Society of Nephrology.

Karli Kondo of the VA Portland Health Care System and Oregon Health & Science University, and her colleagues, including Pacific University’s Antick, conducted a review to identify depression screening tools that are appropriate for patients with kidney failure and to better understand the impact of depression screening in this population.

“Our hope was that we’d find evidence that pointed to an optimal screening tool. This was optimistic of course, for if there was one that had strong evidence, it would already be in use,” said Dr. Kondo. “We also hoped that the we’d find some evidence to support the use of the tools that are common in practice. And we didn’t. The PHQ-2 and -9 are widely used in medical settings and are free. The CES-D is another that is commonly used. We found only one study each of the PHQ-9 and the CES-D, and no studies of the PHQ-2.”

An accompanying editorial notes that there are multiple practical considerations to take into account when considering the best screening tool to identify depression in patients with kidney failure on dialysis.

A Patient Voice also accompanies the study and provides the perspective of a veteran with kidney disease who was diagnosed with depression through the PHQ-9 tool.