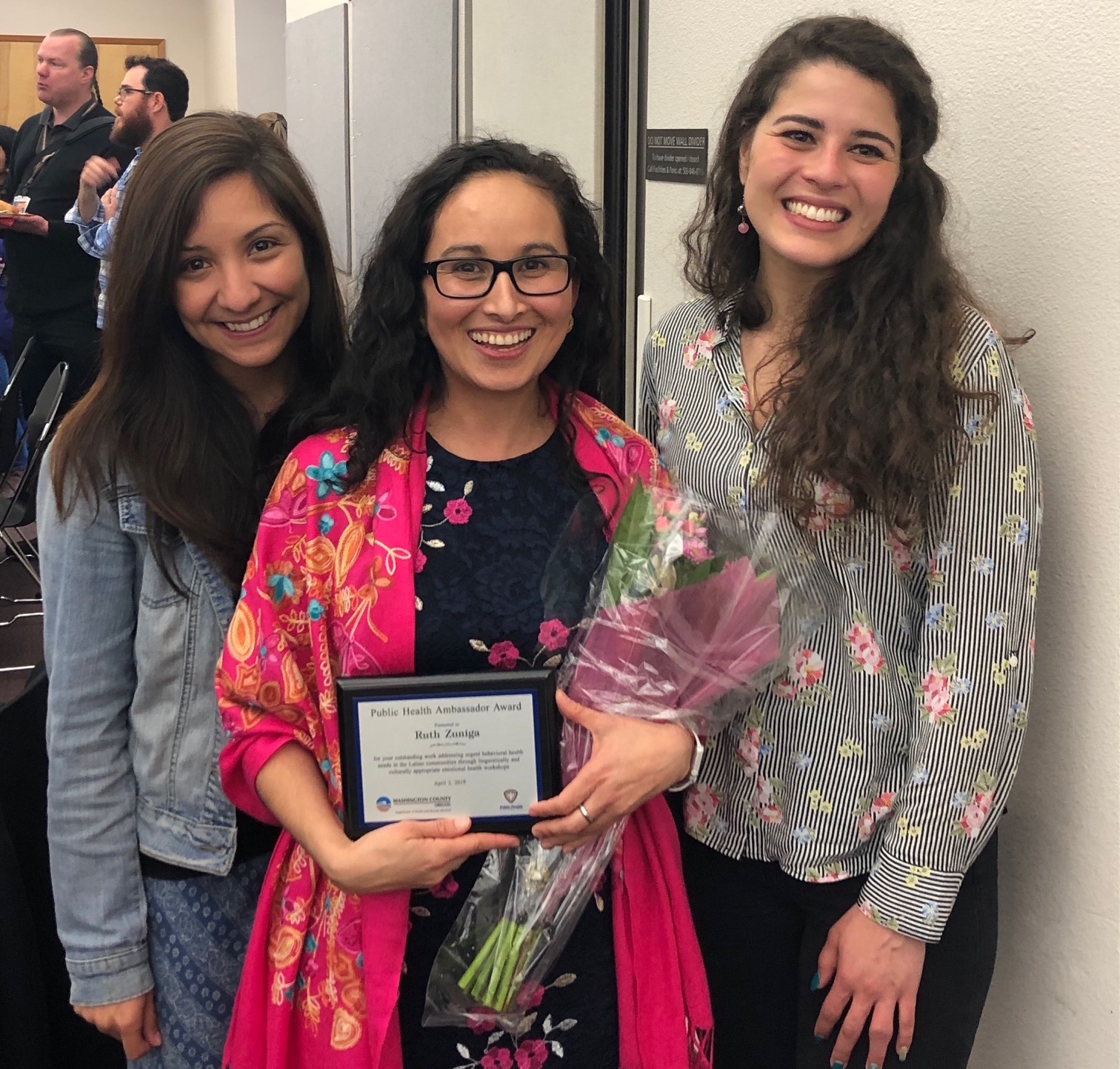 Ruth Zúñiga, assistant professor in the Pacific University School of Graduate Psychology, has been honored by the Washington County Department of Health and Human Services for outstanding commitment to public health education.

Zúñiga received the county's 2019 Public Health Ambassador Award, which recognizes an individual, family or small group in the community who has raised awareness of public health issues, developed projects with a lasting impact, or influenced systems or policy changes.

The workshops are provided in Spanish and combine formal academic and popular education techniques. After each cohort is trained, participants in turn lead charlas (community talks) in their own communities, supported by Pacific University graduate and doctoral students.

The initial cohort of 35 completed the workshop series last December and are presenting their own bi-weekly charlas. A second cohort of 40 promotores is scheduled to complete the program at the end of this month, and they too will begin community charlas with a goal to reach 1,000 community members this year alone.

"Pacific University (has) been very giving to me to be able to do community-focused work through the work of students," Zúñiga told Hillsboro Tribune reporter Janae Easlon. "The students are learning and practicing, but also serving the community."