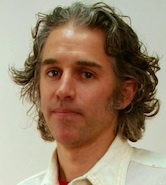 Politics and Government associate professor Jules Boykoff is researching the history and politics of the Olympic Games to further shape and cultivate the discipline's dynamic curriculum.

The recipient of a prestigious Graves Award in the Humanities, Boykoff is in the midst of a book-length project titled “Activism and the Olympic Games: Celebratory Capitalism and its Discontents." The author of six books and numerous scholarly articles, Boykoff is respected internationally for his previous findings on the social ramifications of media coverage, political dissent and the economics of sport.

Boykoff's current project takes a close look at creative political activism in response to the Olympics. The manuscript will examine how poets and artists use their talents to bolster and brighten Olympics-related social movements, he said.

Boykoff will implement the project into a seminar for Pacific students this fall, one that emphasizes the connectedness of the humanities and social science disciplines. The seminar will be open to students of various majors, and the emerging discourse will aid in the manuscript's completion.

"My goal is for the book to be suitable for classroom use," Boykoff said. "It will allow instructors and students to engage this deeply relevant history in an interdisciplinary way, which is necessary to truly understand the proper contexts of historical events."

Boykoff has resided in Europe since January to study and conduct research at the Olympic Studies Centre in Barcelona and the University of Brighton's Chelsea School of Sport (United Kingdom).

At the upcoming Summer Olympics, Boykoff will interview activists, attend protest events and chronicle the cultural, economic and political changes brought about by the Games.

He will also travel to Switzerland to pore through International Olympic Committee  (IOC) Archives, including the Avery Brundage Papers, named for a controversial IOC president who held steadfast to the Games' amateur tradition despite growing forces of commercialism and professionalism that dominate today's sports landscape.

"Somewhere between multinational corporation and global institution, the International Olympic Committee sits at the heart of a vast interlocking structure of national and international bodies, sporting associations and sponsoring firms," Boykoff said.

Prominent news organizations, including The New York Times, have deemed Boykoff's perspectives deserving of public consideration. Following are a) opinion pieces about the Olympic Games written or co-authored by Boykoff this year, or b) analysis provided by Boykoff to other journalists:

When the Olympics and politics collide: Is neutrality just a 'fairy tale'

July 2012 - Anthropology News: The Olympics and its discontents

Administered by Pomona College, the biennial Arnold L. Graves and Lois S. Graves Awardsare made to faculty members under age 42, or those in their first decade of teaching, at private, non-denominational liberal arts colleges in California, Oregon and Washington.