In late May 2020, a six-person Portland Mountain Rescue team was hunkered down in a snow shelter on a cold and windy night after finding a lost climber suffering from hypothermia on Mount Hood. 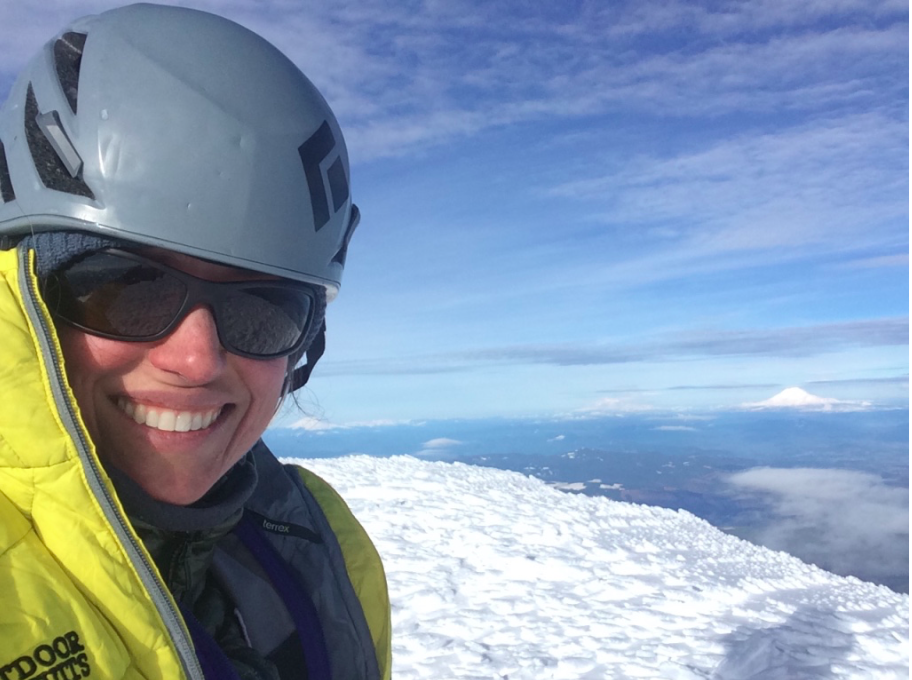 Using the body heat of rescuers to keep the climber’s temperature from dropping further, Paige Baugher held his head in her lap and draped her arm over him.

They spent about five hours like that, in zero visibility, before they could extract the climber by putting him on a litter and hauling him out. He has since recovered.

The rescuers had been awake for 20 hours. This time, at least, Baugher didn’t have a Monday morning class to teach.

Baugher’s day job is as a biology professor and department chair at Pacific University. She specializes in the study of cancer cells and has contributed to The Encyclopedia of Cancer. She has researched the interaction of salal with human cells, publishing her finding that the plant boosts estrogen receptor-positive human breast cancer cells. In fact, after she earned her PhD in Molecular Biology at the University of Texas, she was on track to be an academic researcher at Vanderbilt University, but she realized she missed teaching. She started looking for schools where she could both teach and conduct research and found her match at Pacific in 2008.

When she arrived in the Northwest, Baugher was an active outdoorsperson. She had climbed rocks, hiked and spent abundant time in the outdoors, but in Oregon, she learned to mountaineer.

She’s active in Pacific’s Outdoor Pursuits, which originally helped her develop her mountain climbing skills. She teaches students mountaineering and serves as an advisor on student-led pre-orientation trips.

The novel coronavirus pandemic has changed some things: Teaching arrangements will be considerably different in the fall, and this year’s pre-orientation trips with Outdoor Pursuits have been canceled.

Nevertheless, Baugher said, “the safest place to be is outdoors.” 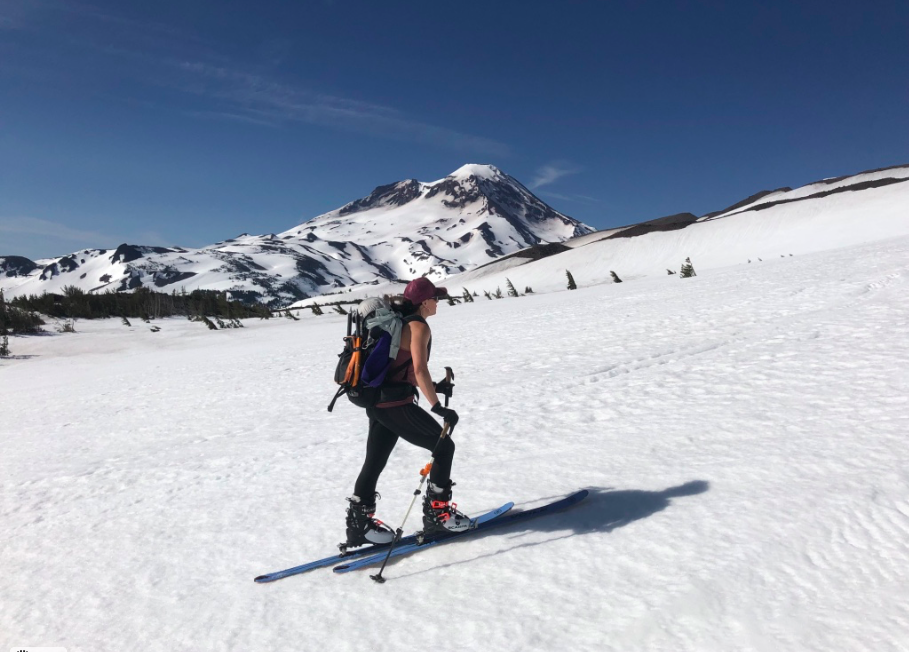 On the July day she was interviewed, she was fresh from a weekend summiting and skiing Mount Washington in central Oregon. It was about the healthiest way possible for an Oregonian to spend a weekend.

On rescue missions, though, “social distancing is impossible,” she said. The overnight in the snow shelter is a case in point.

“Those protocols, coupled with the reduced risk of transmission outside, make me feel comfortable with deploying for missions,” she said.

Portland Mountain Rescue is one of a handful of volunteer rescue teams that respond to reports of missing hikers and fallen climbers. It specializes in high-angle rock extractions, so the team is often sent into the harshest, most challenging conditions.

Last winter, the Clackamas County Sheriff proposed revamping the operations of all the rescue teams, bringing them under his agency’s wing. The proposal triggered an outcry by those familiar with the work of the rescue teams. Now the flap seems to be settling down, with Portland Mountain Rescue signing a letter of intent with the sheriff’s office that would allow it to continue operating essentially as it has been.

As Sheriff Craig Roberts said in February, “I look forward to … working with Portland Mountain Rescue as we carry on our shared mission: saving lives.” Since then, Clackamas County voters elected a new sheriff.

Baugher said she hopes and expects to continue her work with Portland Mountain Rescue.