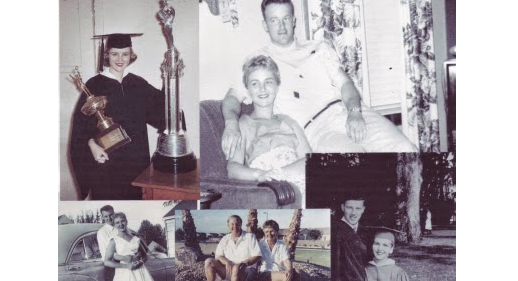 After graduating St. Helens High School in 1951, Coach Harvey Roloff from Pacific offered me an athletic scholarship. I had no money and my family had no money and this sounded good. I had an older friend, Phil Poff '54, who encouraged me to check things out. He was a sophomore at Pacific at the time. We ended up rooming together in what apparently was the old McCormick Hall. It was down by the old gymnasium that was used primarily as a PE and practice facility.

The college had offered me the opportunity to work for money and that was going to help cover expenses. I was assigned to clean classrooms each day at the end of the last class. I got to know Marsh Hall, Old College Hall, the library and Warner Hall very well. I would guess there were under 600 students in attendance in 1952, but there was still lot of sweeping, dusting and desk straightening.

During my sophomore year, I was offered a job that enabled me to make a little more money but it was certainly a great deal more work. Several of the buildings had wood furnaces for heat. I was basically responsible for going over to the girls’ dorm, which at the time was called Herrick Hall, each morning seven days a week, and starting a wood fire in the furnace which was down in the basement. If you stood in front of Marsh Hall looking at Old College Hall, Herrick Hall was located to your right down near what was then apartments for married students. It was a tough job and I had to go over and toss in more wood all day long between my classes. The girls needed their heat.

To get into the basement of Herrick Hall at 4 a.m. each morning, I had to go around the back of the building and walk down a long sidewalk to the door the gave me access to the basement and the furnace. I noticed that each morning there was a light on in an apartment about the third floor. There was a young lady sitting there doing something. I later learning she was studying. I could not see her clearly but we began to wave at each other very innocently and it went on for many more mornings before we got to actually know each other.

Our paths finally crossed in the basement as this was where the girls’ washing machines were and I was over there tossing cord wood in the beloved furnace. She was a cute little chick from Salem, Ore., and we had a great deal in common. Neither of our families could support us and she was on an academic scholarship and also took every job that was offered her. We both wanted to be teachers. During the time there she was paid to get up early and make a continental breakfast for dorm sisters. She later worked in the science labs as a lab assistant and also worked in the cafeteria over at McCormick Hall.

We began to date as time and money permitted and our dating was quite simply but very enjoyable. We spent time at the Tip Top which was a local college hangout and went to an occasional movie at the local theater or even drove to Hillsboro for some activity. We were together at games and other college activities but most of our time was spent studying and working. Caroline was a great student and much in demand to assist in the science labs. We have very fond memories of the years at Pacific and we were certainly treated well by the faculty and the administration.

I graduated in 1955 and was immediately drafted into the US Army and was soon on my way to Korea. Caroline had another year at Pacific and we decided to get married during the summer of 1955. She graduated with great honors in 1956 and was offered a job teaching math and science at David Douglas High School in Portland. She taught one full year before I was discharged from the Army. I also was offered a contract in the David Douglas district after my discharge.

Caroline and I lived and worked in Portland and this is where we raised our family. Our two boys still live in the Portland area as do our grandchildren. I worked at the David Douglas School District in a variety of jobs for about 34 years. Caroline taught advanced science and math, and also worked at Mount Hood Community College in the math department. She was a fabulous teacher. We retired in 1988 and since then have lived in San Diego and Charbonneau outside of Salem and presently reside in Sun City Grand, Arizona, but do return to Oregon to see family and friends.

We had many close friends at Pacific and would love to hear from anyone who might end up reading this. We can be reached easily at azross@gmail.com.

We learned in 2017 that Caroline has passed away.