Lost and found: A photo, and love 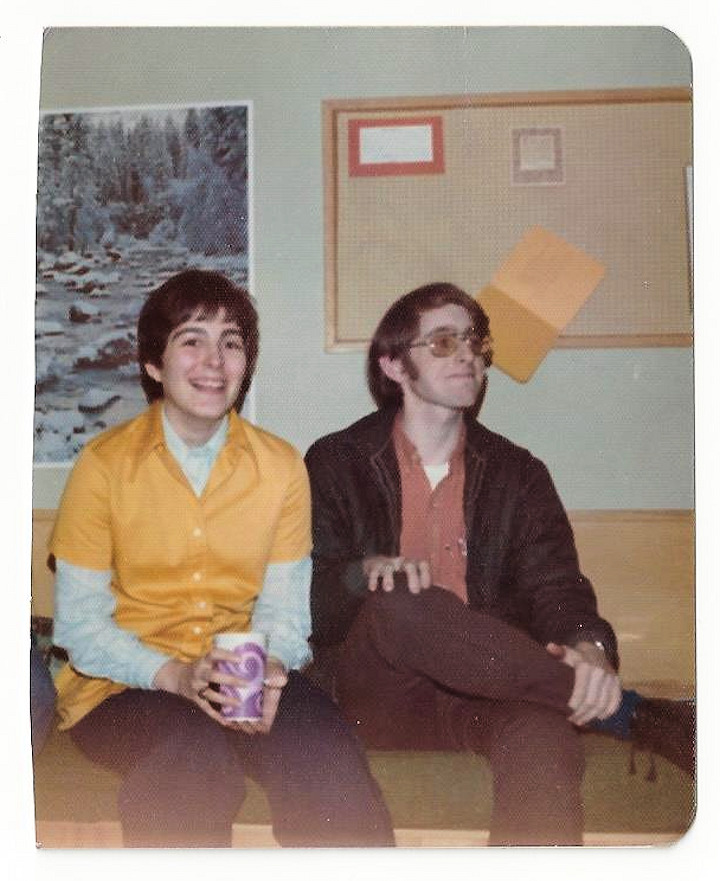 Deb and I were moving to a new house in Bend in the summer of 2017, when a lost-and-found photo of our long-ago first time together turned up. It almost brought me to my knees in joy — just as I'd imagined and hoped for years.

You see, I thought the photo was lost forever. But I had thought about it many times, remembering it in my mind's eye. Deb looked wonderful and both of us were sitting on those bolted-down beds in Walter Hall. She was holding a drink from the Boxer Pause, and I sat beside her with some sort of Cheshire cat grin — long hair, long sideburns, the usual for the '70s.

Deb and I "went together" for a few months in our freshman year, 1973-74. We didn't break up as much as we just moved on. It's that special time of your life, with so much new, so much to explore.

She remembers that I helped her and her mom move her to ASH, the student apartments, one summer. I barely remember that. So many moves since.

One fond memory - At times Deb has quite the sneeze. When we'd eat lunch or dinner in the UC, and she'd let out that shriek, I've told people over the years that everyone turned and looked at ME like I had done something to her!

And if she wasn't with me for this meal or that, Larry Blaufus '77 would rib me and kiddingly say, loudly "Where's your wife?" He was prescient, though I sure didn't know it at the time.

I spent my senior year mostly off-campus, working as an intern ($50 a month bus fare) for United Press International at its Portland, Ore. bureau, taking the bus back and forth, living off campus and starting my career early. It was all so exciting.

Then, in May of 1977, with a diploma and kindly great reviews of my work — but no UPI openings in Portland, I moved to the San Francisco area, to work at the bureau there. When Portland's bureau had an opening, I moved back, in 1981. A few months later,  I got a phone call, at the bureau, out of the blue.

It was so wonderful to hear from her. We got together for lunch near her office out in Beaverton and we ... well, we hit it off immediately. It was meant to be.

Now we have been married for over 30 years. We were married in June 1983 by college friend, Woody Allabough '76 — where else but in Old College Hall (the oldest building in continuous educational ... oh you know the rest).

A video of it was made by friends and my mentor from John Adams High School in Portland.

We were different people than we are now. But at the same time, not really that different at all. (Younger, of course...) 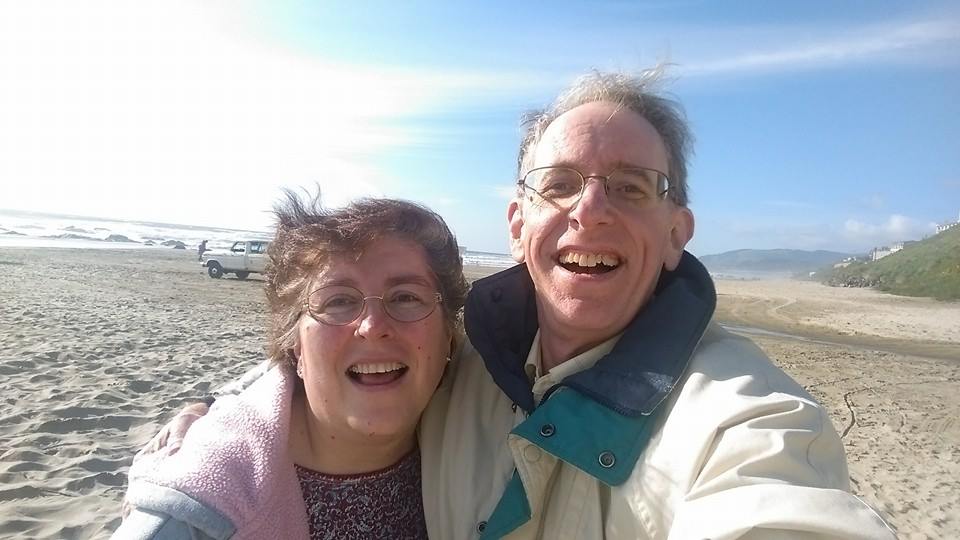 We have been through so much — the good times and the troubled, "for richer or ..." not so much. Health problems, house moves, loving cats passing, job issues ... life. We've had no kids, just cats. That wasn't meant to be, I suppose. But thankfully, we were.

But that photo — I really thought we'd lost it. I imagined I had given it to my late, great brother Pete, the "gadget guy," to scan, and when he passed, the photo was lost. I couldn't remember.

Nowadays, nearly every stage of life is overly chronicled on social media, but back then, not so much. Memories fade, photos and albums can be misplaced or lost.

And you lose things and find things when you move, and I had said to myself and maybe to Deb that I'd likely cry if we ever found it.

I pretty much did just that, on that hot summer day in 2017. It was so wonderful that we hadn't lost that priceless memento, a symbol of our early days. And far more importantly, a wonderful reminder that I hadn't lost HER!

Of course, now the photo is scanned into our computers - as permanent as today's tech makes things. Captured, as if in amber, with our lives ahead. Shared on Facebook. to all the likes and nice comments. "The usual."

Together. then — and together, now.

I don't deserve such a wonderful lady, and she sure as heck doesn't deserve a workaholic reporter for whom riding the tide of the daily news makes time fly too fast.

Still, I thank God every day that she made that call, nearly 10 years after we'd met as wide-eyed PU freshmen in the town we called "Frosty Grave."

I simply can't imagine my life without her, and try never, ever to take our love for granted. Some days I'm better than others at showing it.

Thanks, Pacific. For the wonderful textbook and life lessons, the diploma, and for bringing Deb into my life.

I owe you, big-time.