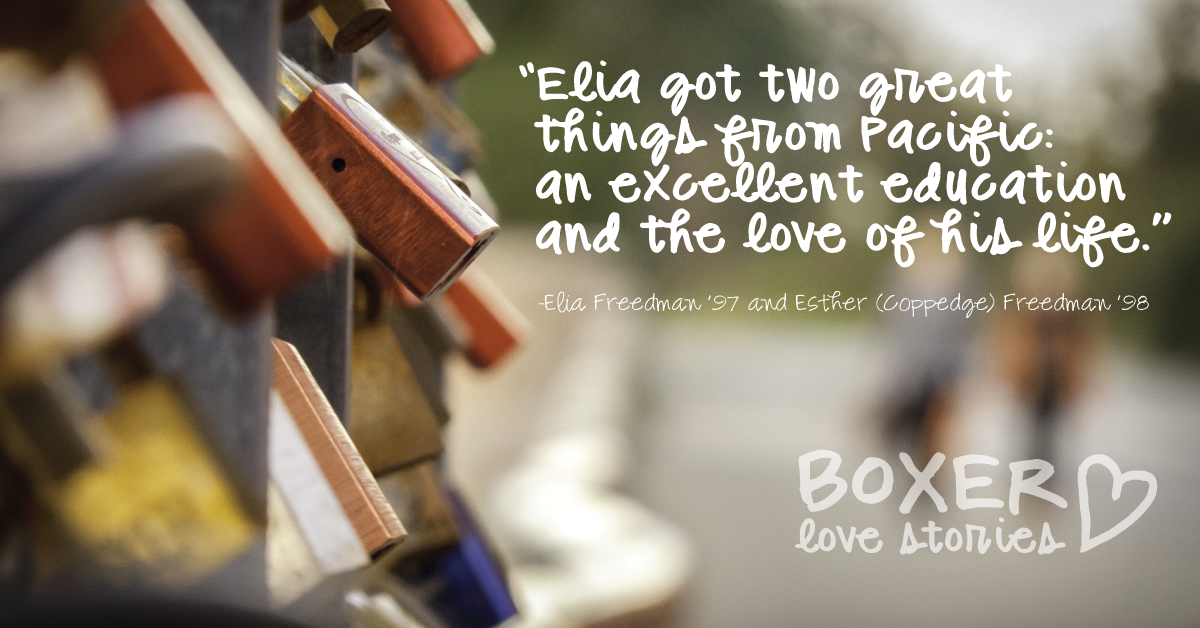 It was 1995. Elia had transferred the year before from the University of Cincinnati with all his basic classes and two years of engineering behind him. Elia was to graduate in 1997 with a bachelor’s of science in business admin/accounting and minor in computer science. Esther was to graduate in 1998 with a creative writing bachelor’s of art and baccalaureate in education. Elia thought it would be fun to take a creative writing class.

“Talk about a fish out of water,” said Elia.

The first week, as Elia looked around the room, he noticed this “beautiful girl with the perfect part in her hair and cool shoes.”

Elia waited patiently for a chance to meet Esther. Their first assignment came due and Esther waited to speak to the teacher. Elia asked her if she would like to get together to compare papers. The next Monday, they got together and started talking but never did they get to the papers! Through the course of the evening, Esther went from dating someone, to kind of seeing someone, to breaking up with him, to barely dating anyway. At the end, Elia asked if Esther would like to go out Friday night and she said, no. She had to tape a show for a friend … and after a pause … how about Sunday instead?

“You should know that I traded my 4.0 GPA for my wife. I got my first B (only one of two while at Pacific) in this class. I’d make the same deal all over again,” said Elia.

They married in 2000, had their first child in February 2006. Elia got two great things from Pacific: an excellent education and the love of his life.

“What more could I ask for?”