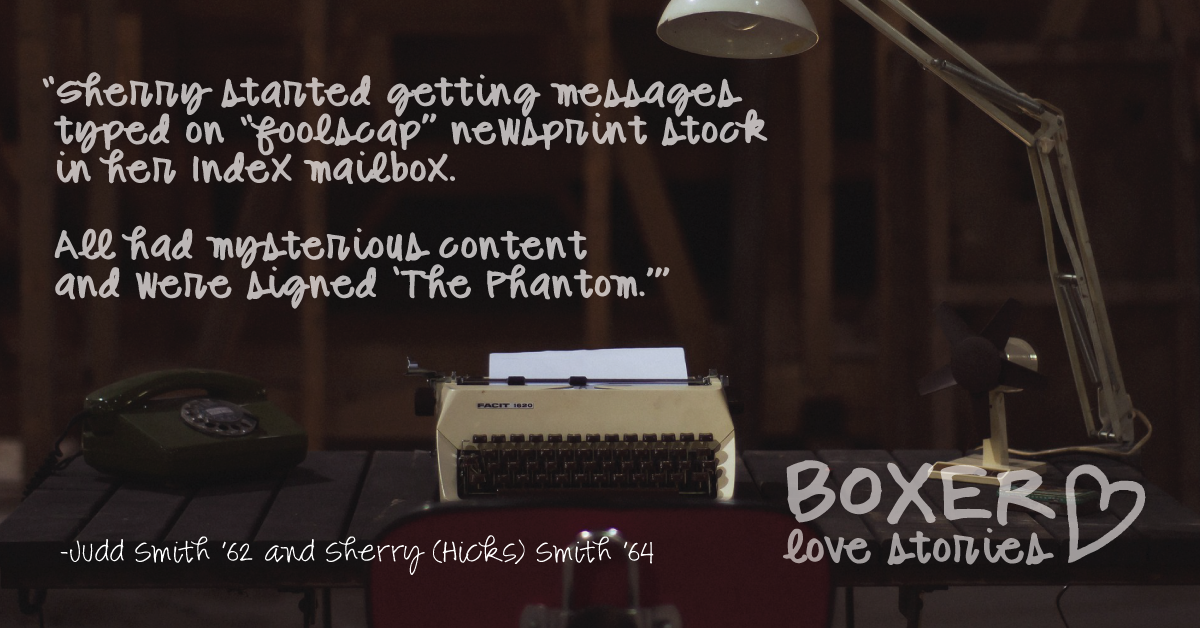 Judd Smith was a teaching assistant for one of Sherry (Hicks) Smith’s journalism classes in the fall of 1961. Sherry was the editorial page editor of The Pacific Index.

Early in the semester, Sherry started getting messages typed on “foolscap” newsprint stock in her Index mailbox. All had mysterious content and were signed “The Phantom.”

“Not too original, even for those days,” said Sherry.

It took awhile for Sherry to catch Judd “phantoming” and they started going for coffee together at the Tip Top Café. Their first kiss was under the street lamp on the sidewalk in front of Marsh Hall “in the rain, of course.”

Sherry was resistant at first because Judd was four years older than she was.

“How could such a sophisticated man really be sincere about me?” said Sherry.

But by the time Judd graduated in the spring, the couple was engaged to be married. They will celebrate their 50th wedding anniversary in August 2015.