In the fall of 1982, after returning from a run, Pamela Paguia '85 stopped by the UC and visited with a group of optometry students. One student in particular caught her eye, Erik Christianson '83, OD '86, a newcomer to campus from Montana. 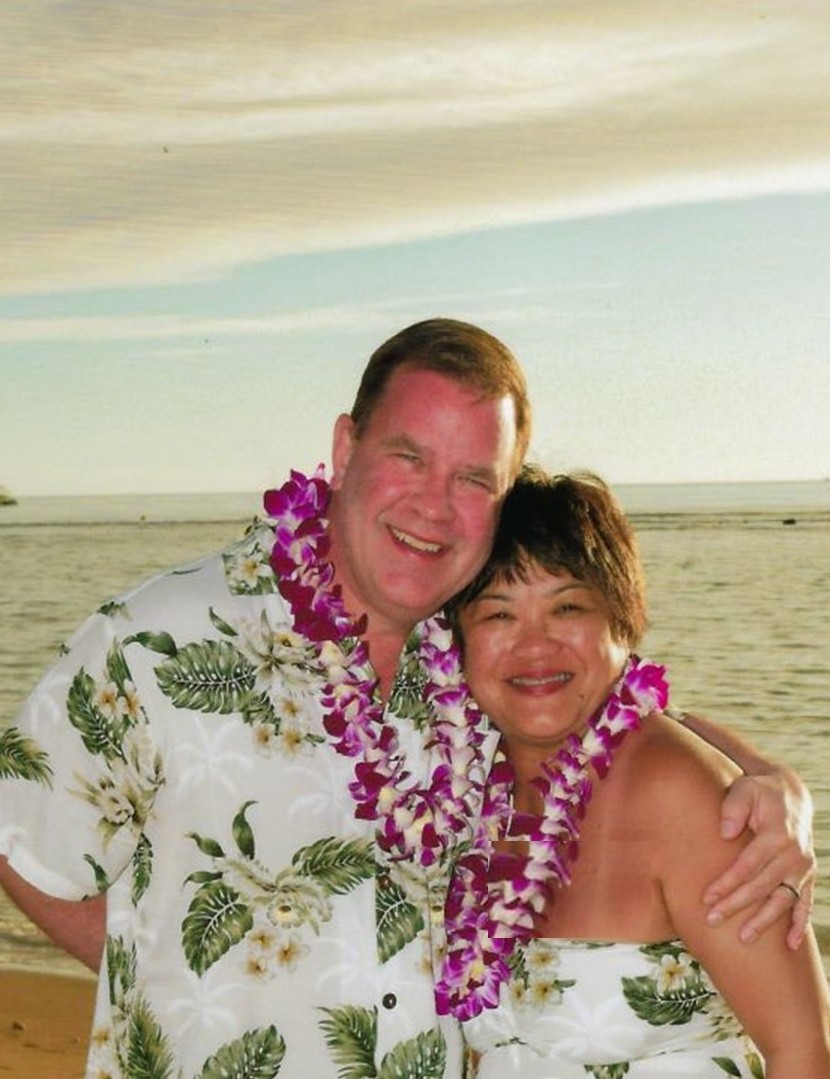 They ran into each other again at a football game, and attended the Sadie Hawkins Dance together. Mutual interests such as a passion for the outdoors helped fuel their courtship while they both attended classes and worked.

Pam and Erik married on Aug. 8, 1987, at the St. Peter and Paul Mission Church in Waimea Bay, accompanied by college and Forest Grove friends. The couple lived in Utkiaqvik, Alaska, for three years and provided optometry and speech language services to nine different villages.

In 1990, Pam started a speech pathology practice and Erik purchased an optometry practice in Ketchikan, Alaska, where they have lived ever since. Sons Dylan and Jens were born in 1993 and 1994.

"I've kept my promise to keep Pam by the ocean," Erik said.

The couple say they have been in Boxer love for a long time, adding it’s been one adventure after another.