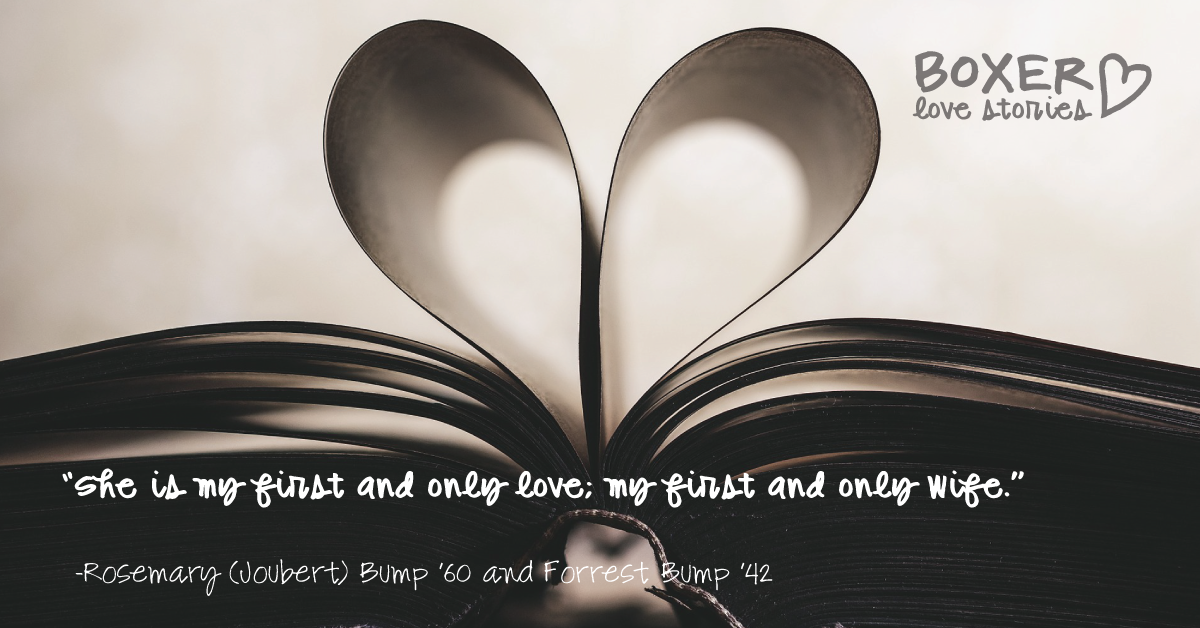 Forrest said the most significant result of having matriculated at Pacific University is that of having met and married the woman who became, and still is, his wife— Rosemary Joubert.

Initially, Forrest was shy around Rosemary. Rosie flirted and teased him because she thought his name was funny. That's how Forrest and Rosie got acquainted. Rosie had a music scholarship to Pacific. She lived in a dorm, and Forrest was courting her. They had strict hours. Men couldn't enter the dorm after 10 p.m.  Forrest would go downtown and buy her a hamburger late at night, then put it into a paper bag. Rosie would let down a string from her window, Forrest would tie the hamburger bag onto the string and send it back up to her.

“That was our courtship dance,” said Forrest.

Rosie's father designed hydro-electric dams and when he was finished at Bonneville, he and the family moved to Dallas, Texas where he worked on the Red River dam. Rosemary went too.
Forrest went to Louisville, Kentucky. to attend medical school, but kept in touch with Rosie, and rode the train down to visit her a couple times. Rosemary was dating someone Forrest likes to refer to as "that stupid cowboy"— although Rosie might not agree with that!

“She was dating the stupid cowboy and I was on fire with jealousy, so I put the pressure on her to marry me. So she ended up with a funny name too,” said Forrest.

Forrest and Rosemary were married for 63 years before both passing away in 2015.

“Not all of it has been easy, but I wouldn't have missed a minute of it for anything in the world. I am as much, or more, in love with her today as the day we married.”