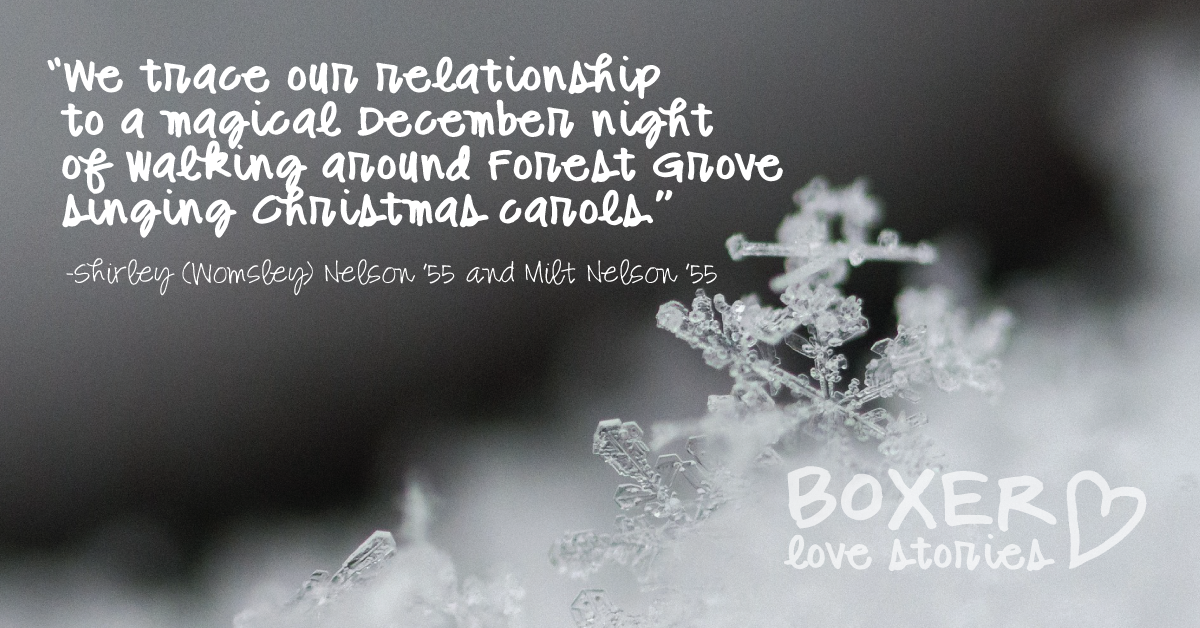 Shirley came from Skagit County, Wash., to Pacific University as a freshman in Sept. 1951.

One of the first male students she met was Milton, also a freshman, from Tillamook, Ore. Both of them were planning to major in journalism and had several classes together.

Shirley and Milton discovered two other things they had in common: the Methodist Church and a love of music.

“We trace our relationship to a magical December night of walking around Forest Grove singing Christmas carols with other students,” said Shirley.

They dated often during the rest of their freshmen year and into their sophomore year. Milton proposed to Shirley on the porch of Herrick Hall after bringing her back from a weekend in Tillamook where she met his parents. Shirley said their courtship was not always smooth, but they progressed from steady dating to engagement and marriage in late August of 1954.

“We are now in our fifty-fourth year together. We have four children and two grandchildren,” said Shirley.

They still have many things in common: worldwide travel, music, four adult children, three with spouses, two adult grandchildren, one with a spouse. Also, they been doing volunteer work since retiring to the coast in 1995.

“We will celebrate our 60th wedding anniversary in August 2014.”